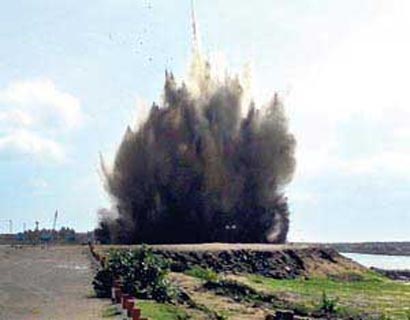 The rock in the Habantota International Harbour (HIH) that prevented the berthing of large ships had been blasted at a cost of US$35 to US$40 million and the pieces are being removed, a senior Hambantota harbour official said today.

Chief Engineer Ajil Hewageegana said the removal of the pieces of the blasted rock and clearing operation would be concluded in three weeks enabling large ships, container carriers and mammoth oil tankers to enter the Hambantota Harbour.

“The blasting was carried out by the China Harbour Engineering Company. The rock did not affect the activities of the harbour but there has been some disturbance to the central canal,” he said.