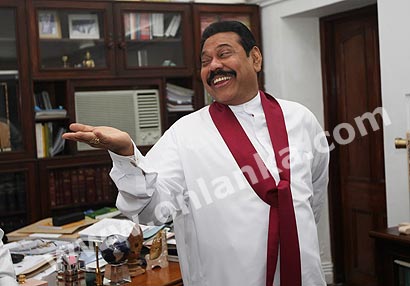 The 18th Amendment to the Constitution which was presented before the Parliament for voting today on 8th September has been passed with a two-thirds majority. It was passed with 161 Parliamentarians voting for the reforms and 17 against. UNP, the main Opposition party members were not present in the House during the voting time.

However UNP Parliamentarians, Lakshaman Senevirathne, Abdul Cader, Manusha Nanayakkara, Earl Gunasekera, Nimal (Nilwala) Wijesinghe and Upeksha Swarnamali (Paba) crossed over to Government side and seated themselves in the Ruling Party before the voting. They pledged their support to the 18th Amendment.

Meanwhile pictures are seen here, President Mahinda Rajapaksa relaxing with joy at Temple Trees, before the meeting of the Cabinet of Ministers this evening, as he savors his victory and that of the UPFA Government in obtaining a resounding 161 votes for the passage of the 18th Amendment to the Constitution.

A happy President awaits the arrival of MPs of the UPFA and others who supported the Amendment in Parliament to celebrate the historic vote. 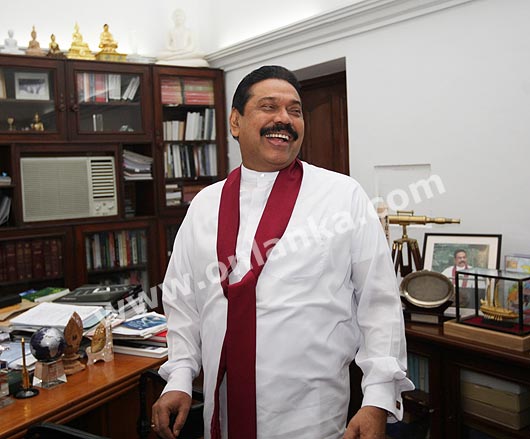