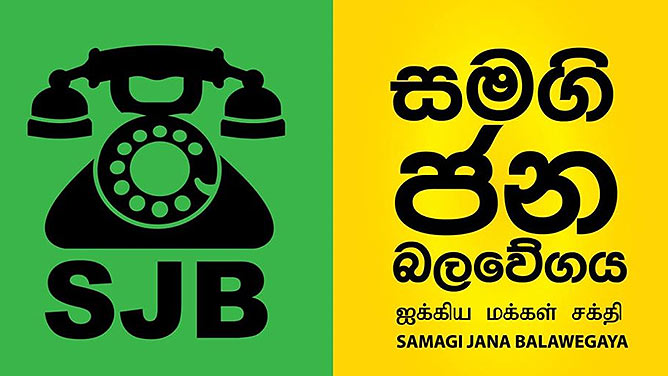 The Samagi Jana Balawegaya (SJB) yesterday accused the Government of having failed to contain the recent COVID-19 wave and was instead blaming the public rather than taking responsibility for its shortcomings, while also calling for the resignation of Health Minister Pavithra Wanniarachchi.

Speaking at a press conference, SJB Parliamentarian Harin Fernando called for Health Minister Pavithra Wanniarachchi to take responsibility for the mismanagement of the situation and resign. He was joined by SJB General Secretary Ranjith Madduma Bandara and Manusha Nanayakkara.

“Last week we had the Commander of the Army saying curfew would only last till 5 a.m. on Monday so the public, especially the ones in the low-income bracket, only bought food for a day or two. On Sunday the Commander said the curfew was extended by a week. People are running out of food. The Minister of Health should take responsibility for the mismanagement of the situation and resign,” Fernando said, questioning when the leaders of the Government were going to address the public on the matter, rather than relying on the Army Commander.

The Government, distracted by its focus on political power consolidation, had failed to prevent COVID-19 entering the country early on and had now begun to blame the public for its mismanagement of the latest outbreak, alleged Bandara.

“The Government played politics on 2 March this year when the Opposition Leader called for the airports and ports to be closed. The Government was keen to take credit for the successes of controlling COVID-19 early on but seems to be passing the blame onto the public when it fails to contain it. This new outbreak happened because the Government waited to push through the 20th Amendment in Parliament and neglected to take timely action on the COVID-19 resurgence. This Government has put its political wellbeing before the public’s wellbeing. It has failed to contain the second wave,” Bandara charged.

Bandara asserted that the removal of key medical specialists from the Health Ministry including the former Director General of the Ministry of Health, Dr. Anil Jasinghe, has weakened the Ministry and made it less capable of responding swiftly to the ever-evolving situation. Bandara also raised questions about the money collected in the President’s COVID-19 fund, citing reports on medical equipment and medicine shortages, towards which he said the money could be used.

The SJB also questioned the accuracy of the information released by the Government regarding COVID-19. SJB MP Fernando stated that the Government’s continued reluctance to term the current COVID-19 situation in the country as ‘community spread’ was laughable.

“From what we know, except the Kilinochchi District, patients have been identified from all over the country. What is the Government hiding from the public?”