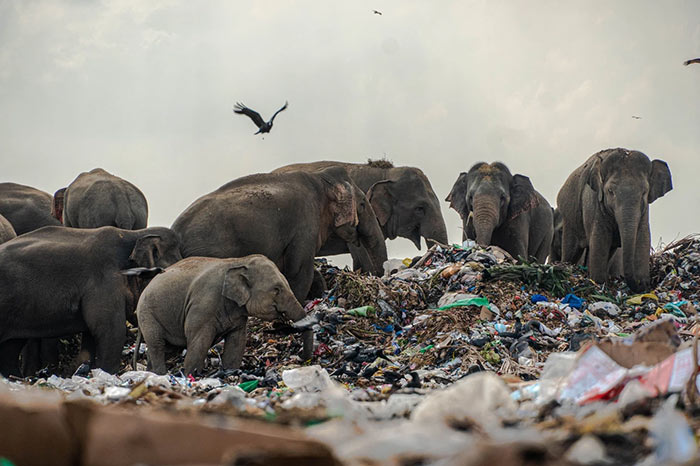 The global garbage scourge isn’t limited to the ocean. Heartbreaking photos depict elephants scouring an encroaching landfill for food in Sri Lanka, which has inadvertently caused them to ingest harmful pollutants.

The phenomenon has been dubbed “peculiar” and “sad” by Tharmaplan Tilaxan, a Jaffna-based photographer who took the tragic snaps near a jungle in the nation’s Ampara district. He had reportedly been documenting their devastating eating habits for months.

Most elephants normally travel over 18 miles per day and can seed up to 3,200 new trees a day through their droppings. However, the behavior of this particular pachyderm herd of up to 30 members has been drastically altered by the encroaching garbage dump, which harbors trash from around the country.

Due to their unfortunate foraging routine, the tuskers are “unintentionally consuming microplastics and polythene,” said Tilaxan, adding that biologists have found “large quantities of undigested pollutants” in their feces. The accidental chemical consumption has even proved fatal in many instances.

Not only that, but the landfill’s proximity to the forest has made the tuskers accustomed to feeding close to humans, according to the photographer. He claimed they’ve “begun to invade nearby paddy fields and villages,” in turn, adding “more tension to the already fraught relationship between the villagers and the wild animals.”

Unfortunately, there appears to be no refuse relief in sight for the animals. The photographer explains that “despite a number of roundtable discussions with authorities that arrived at many solutions — including the construction of a reinforced fence around the garbage dump — no action has been taken to prevent the wild elephants of Oluvil from entering the urban areas in search of food.”

He hopes that the powers that be will “unite and arrive at a solution that will resolve this issue as soon as possible.” 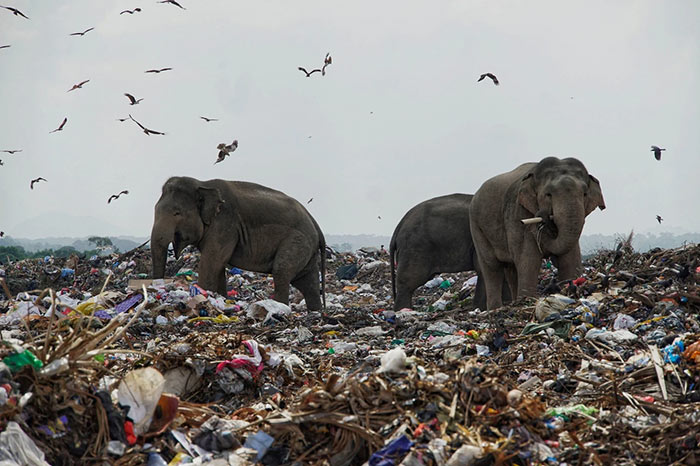 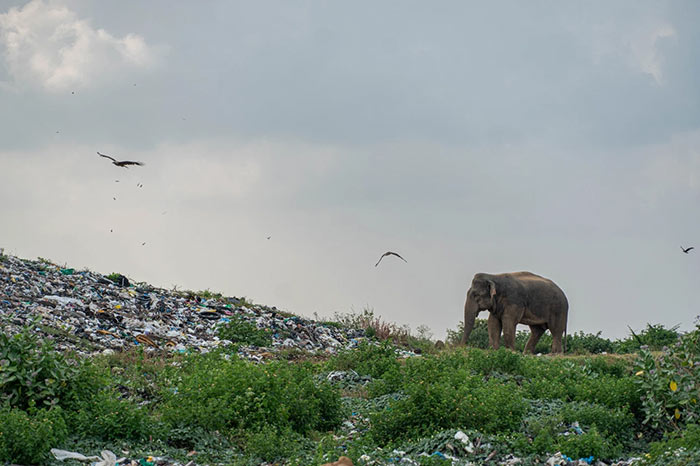 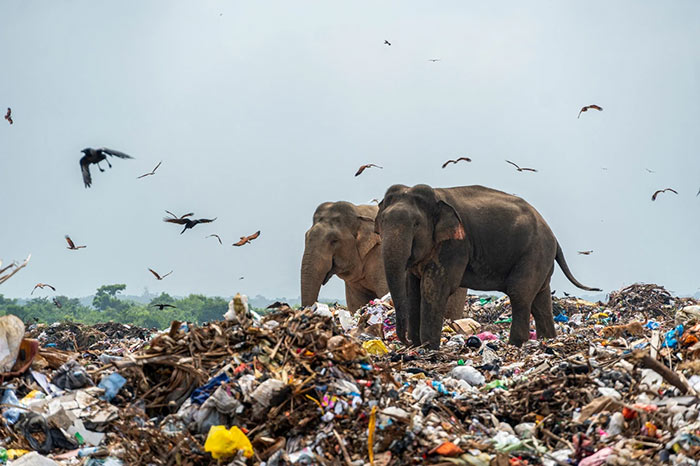 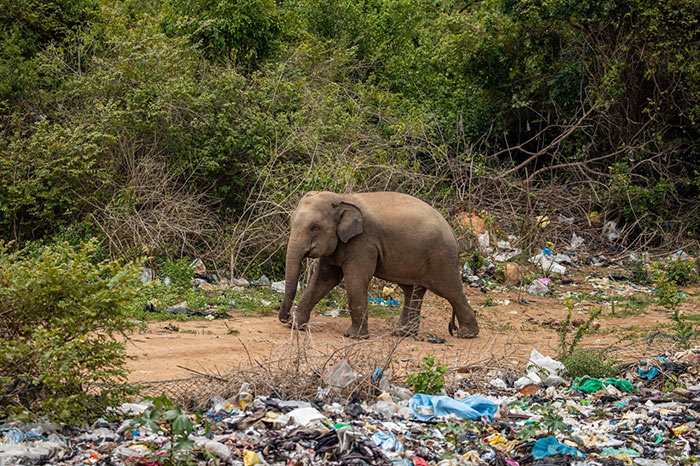 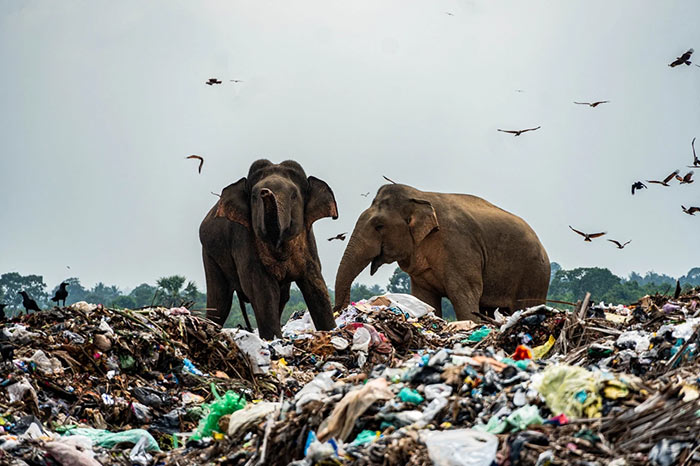