Only people’s power can defeat 20A – Lalkantha 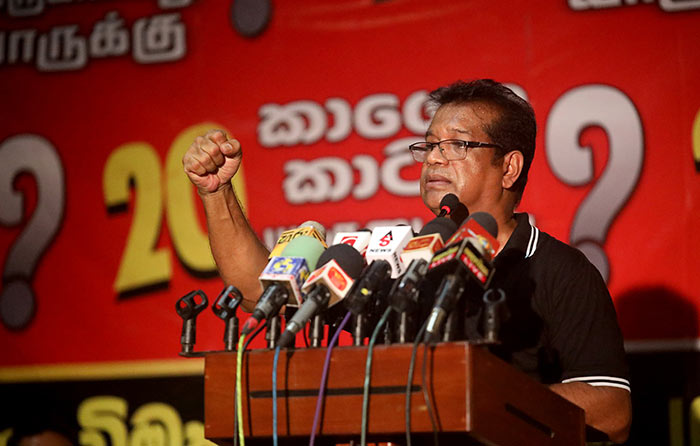 Member of the JVP politburo and Chairman of the National Trade Unions Centre, K.D. Lalkantha said, the 20th Amendment to the Constitution cannot be defeated through a judicial process and that it can be done only through the power of the people.

Lalkantha also said, a Court verdict will point out criteria that are relevant only to Articles of the Constitution.

Lalkantha said, the JVP has only a political role and pointed out that they will remain with the people in every problem that arises and that there was no necessity to go to Court.

He also said that if it is possible to make the majority of the people to understand the damage the 20th Amendment would cause, only then could this be successfully defeated.

2 Responses to Only people’s power can defeat 20A – Lalkantha

Home » Only people’s power can defeat 20A – Lalkantha