Many including school children injured as bus falls off precipice 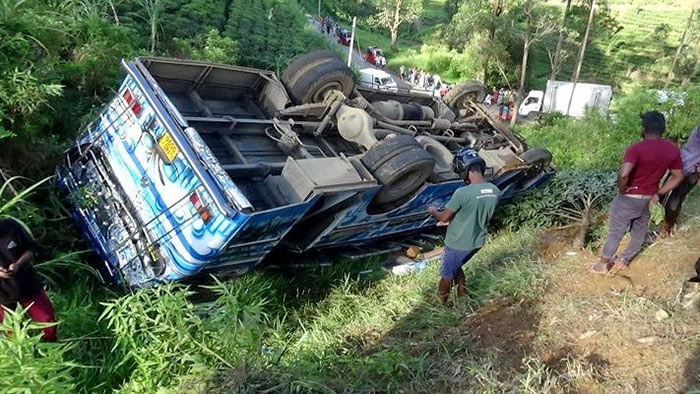 48 people including 30 children have been injured when the private bus they were travelling in, fell off a precipice along the Hatton-Dayagama road near Fordyce Estate.

Police said the injured have been admitted to the Dickoya Base Hospital.

The injured children are reportedly aged between 10 – 18 years.

The accident had occurred at around 7.00 this morning, the Police stated that the potholes on along the road had caused the bus to veer off the road.

The injured children are between the ages of 10 and 16.

Home » Many including school children injured as bus falls off precipice