How credible are stories of Rape in North Sri Lanka? 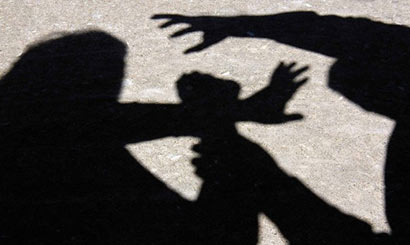 There are time-tested ways to embarrass a country. Rape, torture, kidnapping, genocide are just a handful and with mainstream media, roped in journalists, puppet UN officials, money-hungry NGOs forming a team to project ‘allegations’ & ‘stories’ without evidence or proof, a country is automatically declared guilty by default. Rape has been defined a war crime. It is unfair that global entities are using rape as a weapon and making a mockery out of genuine cases of people who have been raped. Obviously, the negative publicity is meant to create a negative perception about Sri Lanka and its armed forces. This discussion attempts to draw attention to how credible the allegations of rape against Sri Lanka’s armed forces are.

A few headlines across the internet will show how powerful negative publicity is in generating wrong perceptions.

The worst mass rape in history was by the Allied troops during World War 2. The rape of women from age of 8 to age of 80 is estimated to run into 2million rapes by Allied troops. More recently, the US Dept of Defense says that 19,000 sexual assaults annually occur in the US military while 237,878 are victims of rape annually in the US. The film ‘The Invisible War’ estimates that at least 500,000 women have been sexually assaulted in the US military since women joined the armed forces in the 1940s. That is an alarming number of US women raped by forces!

So too is the UN’s own findings:

Adding to the confusion is the coaching element in rape cases:

The Toronto Sun reported that Namibians are coached on what to tell the Canadian authorities when they arrive. Namibians thus claim they are fleeing from violence against lesbians, female genital mutilations and forced marriages, issues that easily draw empathy from gullible Canadians and win refugee status.

In fact the trauma coaching centres is a big money making business in the UK as well, with firms charging upto sterling pounds 5000-6000 for bruises to be inflicted to showcase they have been tortured by Sri Lankan security forces, cigarette butt burns on women to show that was part of the rape and harassment by Sri Lankan armed forces. What a lot of physical pain just to enter the UK, when all it should take is for the UK Government to allow any Tamil to immigrate to UK since tortured marks alone have sufficed to give them entry visa.

There is a political and business element in the rape scene into which UN and NGOs/INGOs are all involved. Organizations created exclusively to deal with rape obviously need funds and to obtain funds they need to have rape victims and to have rape victims the easiest way is to amongst their own network create the stories to generate shock big enough to ensure cheques flow to their accounts and generous people feel sad enough to donate for their ‘cause’.

An aspect that cannot be ignored is the manner that all countries targeted for regime change find themselves suddenly slapped with the same set of accusations, with virtually identical statements issued from the same set of organizations and heads and confirmed by UN agencies sufficient enough for the same world leaders to declare R2P and humanitarian military intervention is the outcome. Thereafter, flow of arms to rebels and total chaos while the invading forces end up providing security for the corporates that arrive to take over all the resources that was the raison d’etre for regime change. The puppets installed are given a carte blanche to join in the booty and these are the people vying to take over and function as mouthpieces of the regime changing parties.

What is the GENOCIDE of RAPE in Sri Lanka

We have on the one hand scores of people who make allegations, spend lavishly to promote those allegations, take pains to debate and demand accountability but they cannot produce evidence. They claimed Sri Lanka killed 40,000 to 125,000 if not more Tamils but they cannot even produce 50 names of these dead. They claim Tamil refugees are harassed but it appears there are centers in the UK coaching them and paid to bruise them and then claim rape!

While these accusers have no statistics or names, the Sri Lankan authorities have.

These were all civilian rapes and it has been tragic that 28 of these cases have been Tamils raping young children some of the accused were grandfathers and fathers even teachers.

Nevertheless, since this aspect is of no interest to the human rights organizations who are determined to showcase that rape exists as a command structure in Sri Lanka’s North believing it is one of many other reasons good enough to demand the Sri Lankan forces to be removed from the North, the emphasis and publicity is given on rape by security forces ONLY, even if it means to create the story.

That’s where the HRW came in with its 2013 report titled ‘We will teach you a lesson: Sexual violence against Tamils by Sri Lankan Security Forces”. It was a 140 page report giving 75 cases of ALLEGED rape between 2006-2012.  These alleged 75 cases were supposed to be the ‘widespread rape’ taking place in Sri Lanka.

Despite the false publicity on rape spread worldwide assisted by local cohorts the evidence and actions taken prove otherwise.

There are only 15 cases of rape by army personnel in 8 years (2005 to 2013) of which 8 army personnel have been discharged from the army indicating clear action taken by the military whilst parallel court of law inquiry has also been carried out.

Why are organizations distributing rape kits?

However, there are organizations in Sri Lanka that claim rape takes place with ‘impunity’ in the North. The organization calling itself DAI is selling a rape kit at $20. The Guardian newspaper writing about the organization says “During the civil and sectarian conflict, rape and other abuse was used quite unequivocally as a weapon, primarily by military forces against civilian women and children.” – we find that hard to believe with just 15 cases of rape by the army in 8 years! Ironically the DAI initiative is funded by USAID and USAID was chased out of Russia for attempting regime change!

The statement by Brad Adams of HRW is amusing too “Sri Lankan security forces have committed untold numbers of rapes of Tamil men and women in custody,” Virtually all of those that claim to have been raped are those sitting awaiting refugee status and rape becomes just one of the avenues to win entry.

Why have rapes in other parts of Sri Lanka been ignored?

Is it not strange that all the emphasis on rape is directed only on North with the single intention of pin pointing the rapes to the armed forces? No attention has been given to rapes in the rest of the country for the obvious reason that it would dismiss the objective of accusing the armed forces of rape in the North. With this likelihood clear, it puts to shame all those pretending to be concerned about rape when rape to them is only a political and commercial tool.

What needs to be reiterated is that the ‘mass rape with impunity’ by the armed forces of Sri Lanka during an 8 year period (2005 to 2013) has just 15 cases in North Sri Lanka as against 11531 rapes taking place throughout the 9 provinces.

It is obvious where the allegations are heading and rape has become a perfect means to demoralize the armed forces as well as publicly and internationally ridicule them whilst pressuring the Government to remove the army from the North. 15 cases even with rape kits made available at $20 and rape coaching at sterling pounds 5000 has not changed the status quo for the people of Sri Lanka are not fools to fall for the lies being concocted.

Home » How credible are stories of Rape in North Sri Lanka?