How is Basil’s arrival related to concessions? – Sobitha Thera 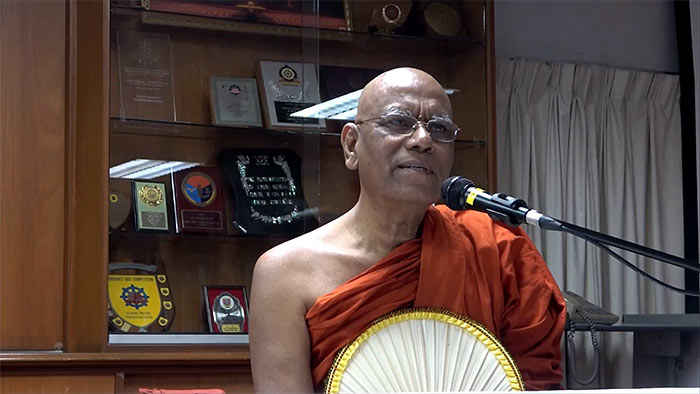 Speaking to media in Embilipitiya, the venerable said many MPs are making promises related to concessions with the return of Sri Lanka Podujana Peramuna National Organiser Basil Rajapaksa to Sri Lanka.

However, the thera questioned the need for a Cabinet of Ministers if one individual has the power to act according to his whims and fancies and grant concessions.

Sobitha thera also inquired why a President and a board of advisors were necessary to run a country, if such decision making authority is vested with one individual.

The venerable claimed the country will deteriorate due to like-minded individuals adding it threatens democracy.

The thera noted the government is facing issues related to funding, adding that reports indicate the State will likely request aid from the World Bank.

The venerable called for it to be distributed to able persons at a cost. Sobitha thera revealed the public sector must also be granted approval to administer vaccines to the public.

Thereby the thera noted individuals who can afford to pay for doses will be able to make purchases for employees.

Home » How is Basil’s arrival related to concessions? – Sobitha Thera