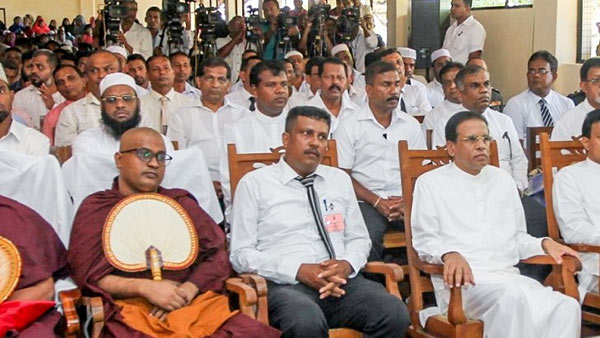 President Maithripala Sirisena says some politically indecent groups are trying to show the country that the government is acting to emasculate the free education by depriving the opportunities of the students of the medical faculties in government universities.

The President was speaking at a ceremony held yesterday (June 22) at Lankapura Maha Vidyalaya, Polonnaruwa.

He pointed out that nearly 2, 50,000 students sit for AL exam annually and 90,000 from them are eligible for university education but university admission is offered only for 25,000 students.

“To make the dreams of the rest of the students a reality, state universities as well as private universities with higher standard should be established. We cannot limit the educational rights of any child at any time in the country”, he said.

“The government has taken the policy decision that the private sector university or educational institute should provide education according to the rules recognized by the government” he said.

The President vested the new two storied building of Vijitha Primary School in Pulathisigama with students.