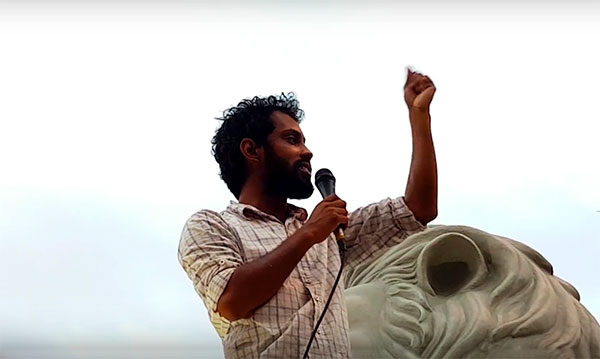 Sources said he was taken into custody along with another IUSF member as they were leaving the Centre for Society and Religion (CSR) in Maradana after a news conference.

Weerasekara was arrested by the Colombo Crimes Division (CCD) and the Maradana Police under a joint operation.

The IUSF Convener was reportedly arrested in connection with the incident at the Health Ministry on Wednesday (21).

UPDATE (2.51pm) : IUSF Convener Lahiru Weerasekara has been remanded till July 05 after being produced at court.