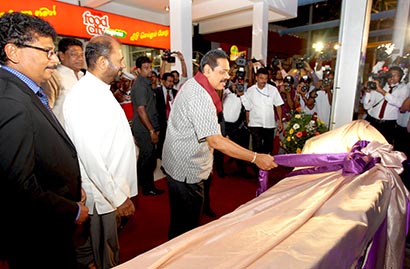 “I am not a man who takes revenge. The law is equal to everyone irrespective of their positions. If someone commits an offense, he will get punishments”, Said President Mahinda Rajapaksa at the opening Ceremony of the Weligama Resort on the Southern Expressway.

Further speaking he said “The opposition protested against corruption of a certain chairman those days. They even went to the Bribery Commission, and said action should be taken against his wife also. When we started the methodology according to the law and constitution, we are accused. But we are not discouraged by such accusations. We act independently according to the Law.”