I feared Muttaih Muralitharan the most: Virender Sehwag 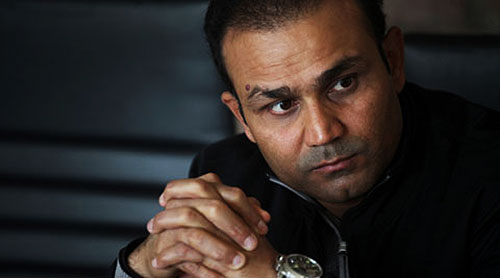 Former Indian cricketer Virender Sehwag was one of the most feared batsmen of his time. In his 14-year playing career, the Indian cricketer dominated all types of bowlers across all formats.

The batsman was best known for his swashbuckling, aggressive and fearless brand of cricket. Sehwag was popular for reaching batting milestones by hitting a six; he smashed Pakistan’s Saqlain Mushtaq for the maximum to bring up his maiden triple hundred in Multan in 2004.

Considering Sehwag’s batting style, it is inconceivable that he was ever put in a spot of bother by any blower. The former cricketer, however, has revealed that he feared the Sri Lanka’s magical bowler Muttiah Muralitharan the most as it was difficult to pick him.

“It was difficult playing him, both due to his bowling action and his length.” the 38-year-old said at the Hindustan Times Palate Fest.

The off-spinner is the most decorated bowler in Test cricket; he picked 800 wickets in 133 Tests.

1 Response to I feared Muttaih Muralitharan the most: Virender Sehwag

Home » I feared Muttaih Muralitharan the most: Virender Sehwag