‘I have issues with Karu’ Sajith tells Ven Sobitha 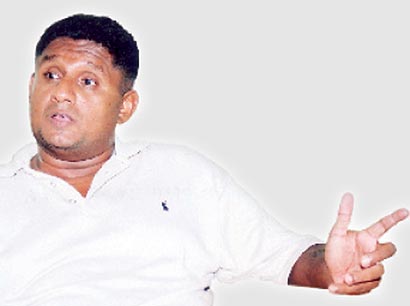 Hambantota District United National Party MP Sajith Premadasa has finally admitted that he has an issue with the party’s Leadership Council Chairman and Gampaha District MP Karu Jayasuriya. The Nation learns that MP had openly told Ven Maduluwawe Sobhitha Thera that he had an issue to sort out with MP Jayasuriya, when he visited the Ven. Thera who was under treatment at a private hospital.

The Nation’s continuous efforts to contact Ven. Thera proved futile, but Ratnapura District MP Thalatha Athukorala who accompanied Premadasa along with Ranjith Madduma Bandara, acknowledged that Jayasuriya’s possible candidacy was discussed. “The Ven Thera did ask MP Premadasa how he would respond if Karu Jayasuriya was proposed as the common opposition candidate. Sajith was frank and said, ‘I have an issue with him, but I will be support the victory of the candidate whoever the party proposes’.

When MP Athukorala was questioned over her decision over the common opposition candidate, she voiced that the party will be fielding a candidate who can defeat President Rajapaksa.

Home » ‘I have issues with Karu’ Sajith tells Ven Sobitha