I left Sri Lanka because of threats from Gota: Ex-SSP Jayakody 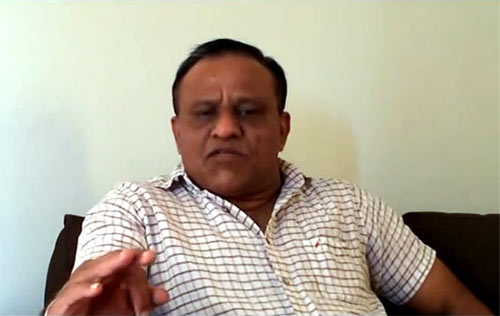 Former Senior Superintendent of Police (SSP) and Police Media Spokesman Prishantha Jayakody,who arrived from Australia a short while ago, claimed that he fled the country because of threats by former Defence Secretary Gotabaya Rajapaksa and some of his henchmen.

He said he was compelled to leave under political pressure and fears for his life.

“I served as the Police Media Spokesman and as Ratnapura SSP in Ratnapura but I had to leave the country because of severe political pressure I faced. When I refused succumb to these pressures I received death threats from former Defence Secretary Gotabaya Rajapaksa and some of his sycophants.I’m back after one year and seven months because there is good governance now and I believe things will be different with the situation in the country turning to the better,” he said.

Mr. Jayakody said that even while in Australia he received threats but the Australian government had been proactive in providing protection and keeping him secure.

He said he expressed his appreciation and gratitude before leaving Australia.

3 Responses to I left Sri Lanka because of threats from Gota: Ex-SSP Jayakody

Home » I left Sri Lanka because of threats from Gota: Ex-SSP Jayakody