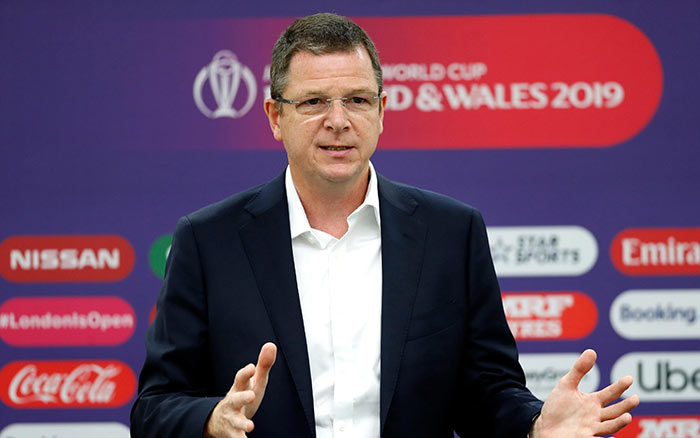 The International Cricket Council has reiterated that the governing body has no doubt whatsoever that the there was foul play in the 2011 World Cup final in Bombay where Sri Lanka lost a close game to the hosts India.

“I have no reason to suspect that final,” Alex Marshall the General Manager of the ICC Anti Corruption Unit said.

There was pandemonium in Sri Lanka following sensational claims by former Sports Minister Mahindananda Aluthgamage that Sri Lanka had ‘sold the final to India.’ The Minister had promised to provide evidence to back up his claims forcing the government to launch an inquiry.

However, once the inquiry got underway, Aluthgamage kept changing his stance. Sri Lanka Police took statements from four former captains – Aravinda de Silva, Upul Tharanga, Kumar Sangakkara and Mahela Jayawardene – and barely a week into the investigations decided to stop the inquiry due to lack of evidence.

Aluthgamage has been defiant calling that the Police did not conduct a proper inquiry, but the fact of the matter is that after lengthy interrogations of players, the Police did not unearth any foul play or contradictory statements. What sealed the deal was confirmation from the ICC that the epic final of 2011 was clean as a whistle.

Since then, Aluthgamage has been under the pump. The opposition has had a field day calling the government to take action against the prominent MP, who has found few friends even within the government ranks.

Aluthgamage has a history of shooting from the hip and had earlier claimed that in 2011 he had informed the ICC that there was foul play in the final. The ICC then made it clear that in 2011 Aluthgamage made no such complaint.

The preliminary pool, the World Cup squad and the subsequent changes had all been signed by Aluthgamage in his capacity as Sports Minister and his allegations nine years after the final raised many eyebrows.