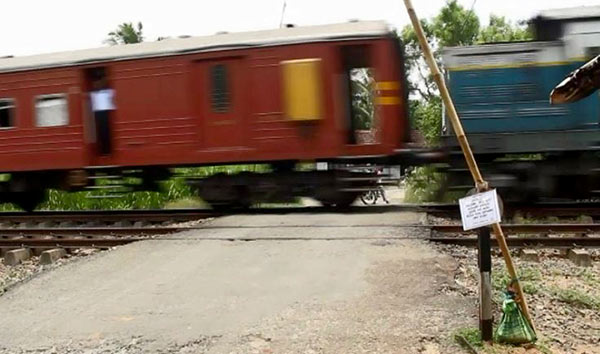 The minister said the relevant laws to impose a fine of Rs.25,000 on errant drivers who violate railway crossing signals have been already drafted and these will come into effect shortly.

The Transport Ministry has already embarked on a project to erect new electrical signal units and warning bells at a cost of US $6.4 million at vulnerable railway crossings across the country.

Under the programme, 200 new electrical signal units and 200 automatic alarm bells will be setup at unprotected railway crossings.

A private company affiliated to the Moratuwa University, the Uni-Consultancy Services will implement the project under the supervision of the Transport Ministry.

Through this project, the ministry intends to minimise the bamboo gates and reduce the number of fatal accidents at railway crossings.

According to the minister, there around 75 fatal accidents at railway crossings annually due to motorists ignoring the signals.