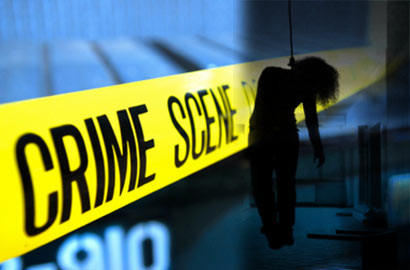 CHENNAI: A 21-year-old Sri Lankan Tamil who came to the city to meet a man she befriended on social media was found dead at a lodge in Singaperumal Koil near Urapakkam on Wednesday. She had hanged herself. Police who identified the deceased as Malar Mary of Jaffna sent her body to the government hospital in Chengalpet for autopsy and informed her parents.

Guduvancherry police inspector Sivakumar said, “She didn’t leave any suicide note. Her parents told us she had earlier come to Chennai to meet her boyfriend Avinash and returned after a warning.”

Police then picked up for questioning Avinash, a 22-year software engineer with a leading city firm who discovered her dead when he returned from work on Wednesday morning. He informed the lodge staff who broke open the door and found Malar Mary’s body hanging from the ceiling. The staff informed police.

A team of police collected the lodge ledger from the staff who told them that Avinash had checked into the room last week with Malar Mary. The woman, he told the staff, was his cousin from Sri Lank who had come to Chennai on a sightseeing trip.

Avinash told investigators that he had met the Jaffna resident on a social media platform seven months ago and that they continued their friendship since then and that she had earlier visitwed him in Chennai.

During her latest trip, he said, they roamed about the city, visiting many tourists places and ending days with dinner in a few star hotels. They also took in movies at multiplexes.

Avinash said she had refused to return home to Sri Lanka but that he had booked her on a flight to the island, reminding her how the earlier trip had ended with a warning from her parents.