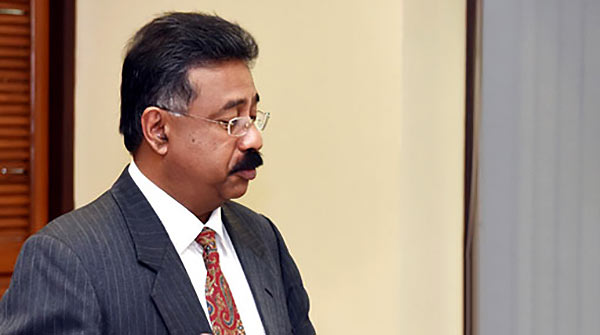 Following a letter sent to the Attorney General, President’s Counsel Jayantha Jayasuriya, by Speaker Karu Jayasuriya, seeking his opinion on the current political crisis that arose over the appointment of Mahinda Rajapaksa as the new Prime Minister, without convening the Parliament to decide on it, the AG responded that he considered giving an opinion on the appointment of the Premier as ‘inappropriate’.

The Speaker sent a letter to the AG on 27 October when Rajapaksa was suddenly appointed Prime Minister on 26 October.

The AG responded that he has considered the questions set out in the letter by the Speaker.

“Having regard to the role of the AG under the Constitution, I am of the view that expressing an opinion on the said questions would be deemed inappropriate,” the letter said.

This newspaper could not obtain details that were initially mentioned by the Speaker to the AG. The Speaker’s Media unit said that this had not disclosed to the Media to date.

After hearing the response from the AG, the Speaker’s Office, which previously (from 28 October to 30 October) denied receiving any such communication from the AG, yesterday (31) acknowledged that the AG had responded that it was inappropriate for him to give his opinion.