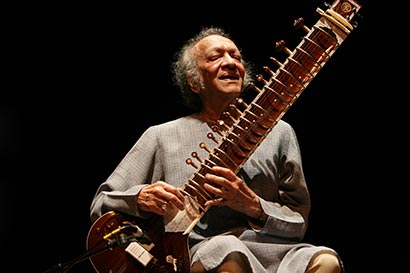 Indian sitar maestro Ravi Shankar has died in a hospital in the US, aged 92.

Shankar was admitted to the Scripps Memorial Hospital in San Diego last week after complaining of breathing difficulties, reports say.

The legendary musician and his musician daughter Anoushka had been nominated for the 2013 Grammy awards in the world music category.

Shankar, who helped bring Indian music to the world, played at Woodstock and the 1967 Monterey Pop festival.