India wants Sri Lankan state jobs – are we witnessing another sell out? 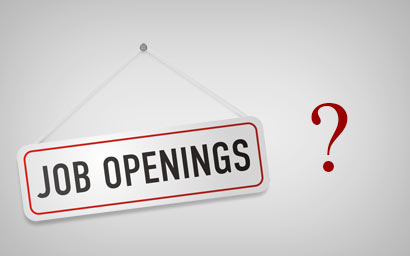 We were under the impression that Sri Lanka’s unemployment was hovering at 4.4% and then we are informed by a Sunday newspaper that the Minister of Labour and Labour Relations says there are ‘enough vacancies in Sri Lanka’ – not for Sri Lankans, only for Indians and that too in Sri Lanka’s public sector, the engine that steers the Government. The report claims that discussions have already commenced with the Indian High Commission in Sri Lanka and his Ministry as well as relevant institutions such as the BOI/Labor Department/EPF and ETF. The Sri Lankan state is also considering raising the salary of foreigners employed in the Sri Lankan state sector and providing compulsory insurance as well. If all these can be made possible for foreigners and an untrustworthy country like India, what is stopping the Ministry from providing the 4.4% unemployed with jobs in Sri Lanka and raising their salaries? Moreover, the most important question is, if Sri Lanka is considering enabling Indians to work in Sri Lanka simply because India has requested, what will Sri Lanka’s politicians do if India requests Sri Lanka to allow Delhi to rule Sri Lanka sans all the parliamentarians at Diyawanna Oya? Would Sri Lanka agree to that request too? The stepping stones are leading in that direction and it is rather baffling that our politicians are making repetitive blunders that would bring them down as well as the entire country. With 1.2million public sector Sri Lankans do we have enough room for more?

The article also comments on the Minister of Labour and Labour Relations giving approvals to bring down laborers from overseas for tasks that cannot be filled by local labourers? What are these tasks that local labor cannot be found? Who in the Sri Lankan state sector is monitoring the arrival of these Indian laborers who may be doing the same job that the local laborers can do but cannot do because it has been filled by an Indian? Long term what would this mean for Sri Lankan laborers? Will they end up somehow going abroad and falling victim to the Middle East battered cadres and perhaps never to return and if so in creating a dearth how will this impact on the rural vote base that always brings politicians and governments to power?

That the state apparatus is clueless on how to handle illegal’s is evident from the fact that 3000 foreigners are legally employed while 10,000 tourists are working in Sri Lanka and this is in addition to the defence authorities packing off illegal’s. To this total we must also add the 300,000 or more Maldivians arriving in Sri Lanka as if Sri Lanka is an extension of Maldives and taking over entire towns while renting out their homes back in Maldives because it is cheaper for them to rent homes in Sri Lanka while making profits from renting their home in Maldives.

While Sri Lankans are complaining of being unemployed the Agricultural Minister was quoted by another newspaper that Sri Lanka was facing a shortage of labourers and was planning to offer work visas to Indians to harvest paddy in the country’s north and east, In fact the public came to know only after that Indians were ALREADY working in the paddy fields of North and East. When Sri Lanka has farmers why are we bringing Indian farmers? Surely the State should financially support our farmers instead of forcing them into debt. Why are we treating our own people so shabbily? Whatever ethnicity it is our citizens who must be given priority at all times. http://articles .economictimes.indiatimes.com/ 2013-02-24/news/37270231_1_labour-shortage- arrival-visa-policy-work-visas

At the same time it is important that Sri Lanka’s citizenry realize that they cannot expect free lunches nor expect any Government to look after their interests, therefore the laziness and incompetency of Sri Lanka’s labor needs to see an immediate sea change. If the public complain about the incompetence of Sri Lankan public sector employees this feature will be enough reason to send them home and invite foreigners or Indians to take over.

It is said that more than 140 state own institutions are running at losses & have to be supported by the Treasury. State workers take home over 53% of tax revenues (Rs.319.9b as salaries & wages) while Rs.10.6b was lost in tax concessions given to state workers to import cars. The World Bank is increasing pressure on Sri Lanka to reduce its existing 1.2million state employees to 400,000. Which means World Bank is suggesting reducing 800,000 state employees. If so how can the Minister say there are enough jobs in the State sector?

Confusing matters further was another article with the heading ‘Govrt curbs jobs for Indian skilled workers’. This article says that the Government is about to reduce Indian skilled workers in Sri Lanka with particular reference to Colombo Dockyard where 800 Indian skilled workers are employed. In the steel manufacturing industry some 1500 Indians are said to be employed. It appears that the public is totally clueless as to how many Indians or other foreigners are actually working in Sri Lanka as skilled, laborer or even tourist and the far more dangerous notion is how many of these Ministries with untrustworthy Ministers have compromised their ministry to allow further mischief and what else is in store for Sri Lanka’s future. http://www.sundaytimes.lk/130414 /news/govt-curbs-jobs-for-indian-skilled- workers-40950.html

Any Government must realize that if the public make deliberations on issues with facts and establish areas that decision makers need to look with far-sight and greater wisdom beyond political survival, it is not only for the nation’s protection but mostly for their own. When we are dealing with India however many times does the Government needs to be told that India is NOT our friend and every decision India takes is ONLY taken based on what fulfills India’s interests. Why are we humbling ourselves and diminishing our integrity when as we speak RAW is operating throughout Sri Lanka to destabalize the country.

2 Responses to India wants Sri Lankan state jobs – are we witnessing another sell out?

Home » India wants Sri Lankan state jobs – are we witnessing another sell out?