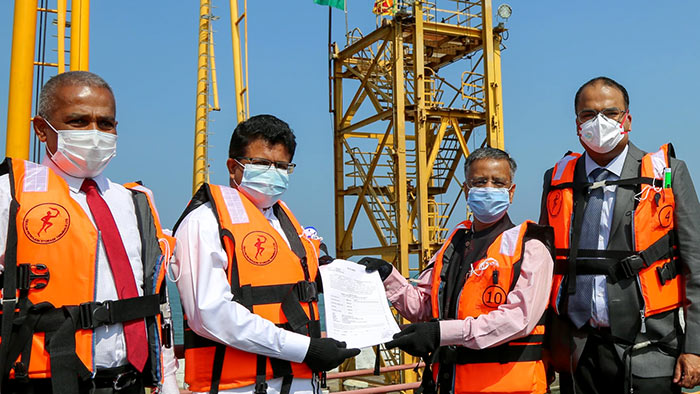 The Cabinet has also given a green-light to the proposal to purchase fuel from IOC.

The Minister of Energy Udaya Gammanpila, speaking at the event stated that while Sri Lanka is undergoing a large foreign exchange crisis, therefore has been experiencing difficulties in financing oil imports.

However, the Minister added that Sri Lanka could not wait until the US$ 500 million credit line was finalized, and the country was in need of fuel urgently due to the newly created demand which came from the power sector.

Reiterating that friends in need are friends indeed, the Minister emphasized that India has proven itself a good friend of Sri Lanka, not by words, but by actions.

The Indian High Commision in Colombo tweeted that the Indo-Sri Lanka Cooperation was working for Energy Security in Sri Lanka.