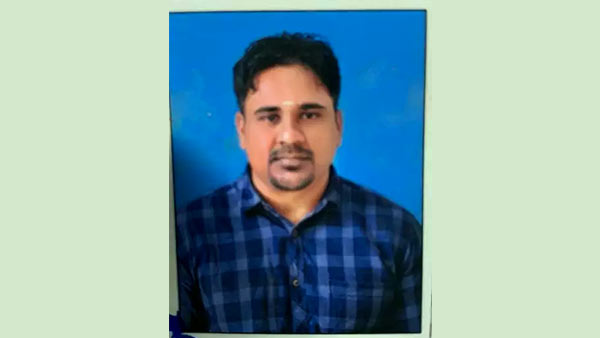 Coimbatore police on Sunday confirmed the death, in the city, of Sri Lanka’s underworld kingpin Angoda Lokka. One man and two women, including a Sri Lankan national, were arrested for allegedly forging identity papers for the wanted criminal and cremating him in Madurai after his death on July 3.

Police revealed that Angoda Lokka, who was wanted by Sri Lankan Police, had been hiding in the city for at least two years.

While the two women — one of them a Sri Lankan native — were arrested in the city by Coimbatore City Police on Sunday, the man was arrested from Erode for allegedly creating forged identity documents, including an Aadhaar card for him in the name R Pradeep Singh (35).

After the wanted man’s death on July 3, reportedly due to cardiac arrest, the trio submitted forged documents to take his body for cremation the next day, said a police report.

The arrested persons were identified as Sivakami Sundari (36), her associate from Erode S. Thiyaneshwaran, who had helped get the forged documents and Amani Thanji (27) daughter of Thanji Arjan Mugariya from Colombo. The Sri Lankan woman is said to have lived with Angoda Lokka in Coimbatore.

According to police, the man who was later found to be Angoda Lokka was taken to the Coimbatore Medical College Hospital on the night of July 3, in an unconscious state. The women had claimed he was R. Pradeep Singh from Green Garden near Cheran Maanagar on Kalapatti road in Coimbatore and told authorities that they were his relatives.

They said that he had fainted at home due to sudden cardiac arrest. Peelamedu police registered a case under section 174 of CrPC. Following the post-mortem they received the body after submitting his fake Aadhaar card details. Police allegedly failed to check the documents properly.

Meanwhile, based on an intelligence report that Angoda Lokka was murdered and buried in Coimbatore, Sri Lankan police approached Tamil Nadu police for a probe.

Based on this, city police reopened the case and found that the documents submitted by the women had been forged and they had pretended Angoda Lokka was Pradeep Singh. After receiving the body they had cremated it at Madurai the next day, said Police sources.

Police sources added that, after the post-mortem, samples were sent for viscera testing and only after the test results come, would they be able to arrive at any conclusion whether he died of cardiac arrest or was murdered.

Based on preliminary investigation with the arrested persons, police said they had learnt that the deceased was Maddumage Chandana Lasantha Perera alias Angoda Lokka (aged 35) from Kotikawatta, Colombo. He came to Coimbatore three years ago and lived at a rental house in Cheran Maanagar. He was running a food supplement business and lived with his girlfriend, Amani Thanji, who came to Coimbatore from Colombo in March. He had received forged documents, including Aadhaar card and citizenship documents, through Sivakami Sundari and Thiyaneshwaran, police said.

According to Sri Lankan Police intelligence, Angoda Lokka was poisoned to death in India in early July. One of his sisters was allowed to watch the funeral via video streaming. His rivals had planned to assassinate him by using a woman, who was living with him in India, and she allegedly poisoned him.