International law is Eurocentric and Colonial – Time to change 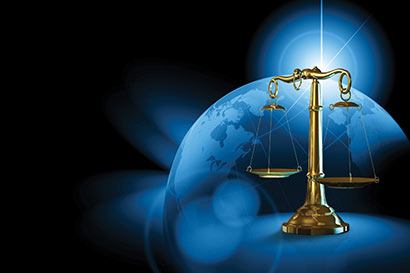 How many would agree that imperialism hasn’t ended and it is found in what we know today as “international law”? The stark reality is that decolonization took place ONLY AFTER the former empires established another means of retaining control – that mode was international law. International law propagated by the West is today applicable internationally and even locally and relevant to economic, political, social, private and public affairs. Imperialism that takes place even without our awareness.  For sovereign nations to be realistically free the strangle-hold that the West dictates through international law must be changed applying terms that is a win-win situation to all.

Modern international law traces its roots to the 1648 Peace of Westphalia Treaty that was supposed to grant sovereign equality by dividing Europe into sovereign and independent states. The 1648 Treaty of Westphalia was applicable to the civilized European sovereign nations not the non-European uncivilized world.

International law consists of doctrines and principles developed in Europe, influenced by European history and experience. We would be naïve if we were to think that these international laws would be applied to the non-European world without bias because they were designed with bias. They were also designed subtly to promote their Christian faith. If colonies were invaded to spread Christianity and plunder nations – sovereignty was given to ensure this status quo remained unchanged. Let us not fool ourselves – Christian law has transformed itself as international law.

The manner in which these independent states were to be run led to standards and establishment of laws applicable to all the sovereign states under the banner “Family of Nations”. What needs to be noted is that the Third World was excluded as they were “uncivilized” and “non-European”. The world was divided as “the civilized and Christian people of Europe” against “the uncivilized non-Europeans”. Today it is known as Developed and Developing world. By this very definition, it reveals racism, bias and discrimination. When by 1914, all territories of Asia, Africa and Latin America fell under control of major European states – there is little that needs to be said of the “uncivilized” manner these supposed “uncivilized” Third World nations were treated! Little do people realize that these nations had civilizations far superior to those of the West – what they lacked was English and French. What right did the White Christian West have to define Indians as heathens and animals and claim they had no cognizable rights? Similarly, just because the aborigines look unfit because they have no international laws or magistrates can they be written off?

There were no legal obstacles to taking over these nations because the mission was to “civilize the natives”. In the eyes of the West – the colonies were too “primitive to understand the concept of sovereignty”. So this is the excuse given to why the Third World did not belong to the “family of nations” and did not have any right to the concepts of international law that the West designed. It appears there’s little change and questions why a handful of Third World natives would still want to continue worshipping these imperialists.

If Charles Taylor, former President of Liberia and the like faces the full force of international law why has the impartial international legal system omitted actions on George Bush, Tony Blair, Dick Cheney for scores of misadventures under a new banner called R2P/military intervention? Why do crimes of aggression not get applied to the powerful Western nations?

When the IMF – International Monetary Fund is under the control of the US and former colonial rulers who control 85% of the vote – what more is there to say? Is the IMF not the vessel that dictates how financial markets run and does this US-led Western monetary body not force Asian, African and Latin American nations to liberalize their currencies to benefit western investors? Third World is victims of development with debt – debt that scores of future generations have to pay!

It is in this context that repressive governments are created with the blessings of the West under a “you scratch my back – I’ll scratch yours” deal, these created governments are dislodged when they are of no use or when the real dictators have found new “friends” who are prepared to offer a better deal and these very nations lecture to us on morality, ethics and good governance!

If international law was not western biased – it would not have the British Foreign Office destroying evidence of its colonial crimes and keeping them secret from the public all these years? It would not take victims like the Mau Mau over 60 years to be given justice and it would certainly encourage nations that had been invaded and plundered to seek compensation instead of having them beg for justice. The former colonies need to now break away from their colonial servitude and demand reparations – India must lead the way by breaking away from the India sepoy attitude.

If crimes during colonial rule was not enough what about the crimes taking place presently? With what right do these Western nations have to invade nations, bomb civilians and infrastructure, carrying out renditions, make false charges and simply use every international law to their advantage?

We are no fools to realize that the West is using international law to the maximum to secure global power, oil and forge spheres of influence. The West created “humanitarian angels” are simply agents given that NGOs have grassroot access and are able to do their undercover work since funds can be channeled easily too. The camouflage of “humanitarianism” is nothing but a sham and equates to mean imperialism never ended and we are fools to think so. Everything still remains blacks and whites.

Was it not the desire for title ownership that led Europeans to stake claim using the Berlin Conference of 1884 and divided Africa between them? Despite decolonization and self-determination ensuring Third World nation secured more presence in the UN General Assembly the topic of nationalization of foreign entities did not go well with the European colonies who wished to maintain the older rules of international economic laws that favored them. Thus World Bank and IMF do a meticulous job on behalf of the West. Countries colonized and decolonized were again victims of neocolonialism and burdened by divisions created by the colonial rulers along ethnic – boundary – religious lines. All giving rise to issues defined as human rights violations.

Can any of the developing nations obey international law when it sees merit and discard it when it does not like Europe and America does? Those that do will end up hounded like Saddam and Gaddafi and killed. But no one would ever claim these murders were foul or illegal. The deafening silence about the manner the US and NATO is attacking Syria is proof that when the West wants something it will turn any rock to secure it – even creating, arming and training terrorist groups. So much for a supposed war on terror!

So where are the justice seeking activists, the citizens organizations, the celebrities, the op-ed writers and moral Western politicians of the West in defense of the defenseless?

Education systems and pro-Western media have ensured that not much gets promoted about ancient civilizations that existed before the West took over the world and the inventors or inventions of these times. How many in the world are even aware that Sri Lanka possesses the ONLY man-made irrigation systems with man-made tanks that remain an engineering marvel to this day and baffles engineers on how without engineering degrees such works of art could last for centuries when modern day buildings are seen to collapse on a daily basis. Why have non-Western inventors never got the limelight that the Western inventors are getting. Is it possibly because it is from them that the idea was borrowed and refined?

The Universal Declaration of Human Rights in 1948 completely ignores the social differences of 191 UN member states and the 58 nations that existed when it was drafted. Though it is not a legally binding document its principles are incorporated into domestic legislation and is said to have inspired more than 60 human rights standards which include the International Covenant on Civil and Political Rights. All drafts are dominated by the West looking at issues from their angle. It is their morals, ethics, standards that take precedence. Unfortunately, the fault lies in the newly decolonized nations not realizing they needed to speak up and demand equal status for their cultures too because too many of them were mesmerized by the fact that they were “accepted” into Western society and were ever ready to give up their cultural heritage save for a handful. Now people and nations are beginning to realize their mistake.

To sustain world balance imperialists need to uplift the majority of the world’s nations that are impoverished and undeveloped. It is for these selfish reasons that handouts are given to the Third World. Former colonies are foolish to think they are no longer OBJECTS of international law despite being called “sovereign”. What international law ever favored or took the aside of the oppressed former colonies? The Third World is supposed to feel gratitude for being included to the “family of nations” called the UN. For that “inclusion” what have these nations sacrificed post-independence?

Human rights law was created to be used to legitimize the intrusion of international laws in the internal affairs of a sovereign state and justify intervention if there was a need. Human rights organizations were the Wests means of deploying their agents on sovereign soil. Interventions in the Middle East is no different to the Spanish conquest of the Indians!

International law has also helped legitimize and sustain unequal structures and processes that divide people further. Everything eventually becomes tied to international financial trade and leaders irrespective of their ideology end up compelled to pursue the same economic and social policies. When national leaders like Lumumba, Che Guevara, Allende emerge to challenge the status quo – their fate was sealed and to stop similar nationalists from arising plenty of funds go to create rebel movements that ensure nations are trapped in a conundrum. The UN Secretary General Dag Hammerskjold also saw the same fate in wanting to provide equality to the newly decolonized nations alongside the former colonial rulers. Such equality was taboo then and it cannot be any different today. Equality is never part of any deal though a lot of propaganda goes to showing otherwise.

What is evident is that all non-Europeans/Americans are only an OBJECT of international law. The quasi-sovereign status given to some under “unequal treaties” was only a sham created to force them to “honor” the imperial agenda. International laws were adapted to suit Europeans and there’s little that can be done unless the Third World realize the status quo and wish to change it. We are in a world where industrial and well-organized West dictates its terms to the rest of the world through international laws.

If the sovereignty doctrine expelled the non-European world from its realm should the Third World not be demanding immediate reforms afterall the First World cannot run on its own and without the Third World. The Third World now needs to make their demands. This is what Third World diplomats are expected to achieve and not to worship the laws that benefit the West. This is why Third World nations need to recruit officials who have a love for their nation and wish to use the systems in place and make representations for the advantage of the Third World not meekly appease and follow international laws that are dictatorial. Future recruitment policy of Third World must address this to change the equilibrium otherwise East-West, civilized-uncivilized, Developed-Undeveloped, Black-White, international laws that are Christian-Non Christian biased will continue unabated.

Home » International law is Eurocentric and Colonial – Time to change