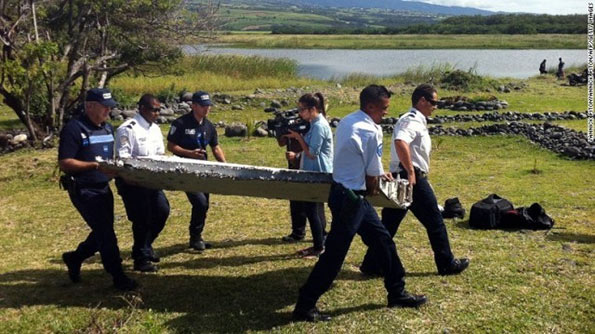 A mysterious piece of plane debris washed up on the French Indian Ocean island of La Reunion on Wednesday, prompting teams of international investigators to examine whether it could be part of the missing Malaysia Airlines flight MH370.

The two-metre (six-foot) long piece of wreckage, which appeared to be part of a wing, was found by people cleaning up a beach.

“It was covered in shells, so one would say it had been in the water a long time,” said one witness.

French air transport officials have opened a probe into where the wreckage came from, but a source close to the inquiry said it was “too soon to draw any conclusions”.

The Malaysian government announced it had sent a team of experts to the island to analyse the object.

“Whatever wreckage found needs to be further verified before we can further confirm whether it belongs to MH370,” Transport Minister Liow Tiong Lai told reporters in New York.

“So we have dispatched a team to investigate on this issues and we hope that we can identify it as soon as possible,” he added.

Australian investigators are also reportedly working with manufacturer Boeing to identify if the debris came from MH370.

“We’ve received some pictures of the item and we are having them assessed by the manufacturers as to what they may be,” spokesman Joe Hattley from the Australian Transport Safety Bureau told the AAP news agency.

Xavier Tytelman, an expert in aviation security, said it could not be ruled out that the wreckage belonged to MH370, which vanished without trace in March last year.

No part of the wreckage has ever been found in one of aviation’s great mysteries and Malaysian authorities in January declared that all on board were presumed dead.

The plane vanished at night over the South China Sea after turning away from its north-bound route from Kuala Lumpur to Beijing with 239 people on board.

Tytelman noted that local media photos showed “incredible similarities between a #B777 flaperon and the debris found,” referring to a Boeing 777 — the type of plane that disappeared.

He also noted a reference on the wreckage: BB670.

“This code is not a plane’s registration number, nor serial number. However… it’s clear that this reference would allow a quick identification. In a few days, we will have a definitive answer,” Tytelman said.

Boeing said in a statement it remained “committed to supporting the MH370 investigation and the search for the airplane”.

“We continue to share our technical expertise and analysis. Our goal, along with the entire global aviation industry, continues to be not only to find the airplane, but also to determine what happened –- and why,” said the US aviation giant. (AFP) 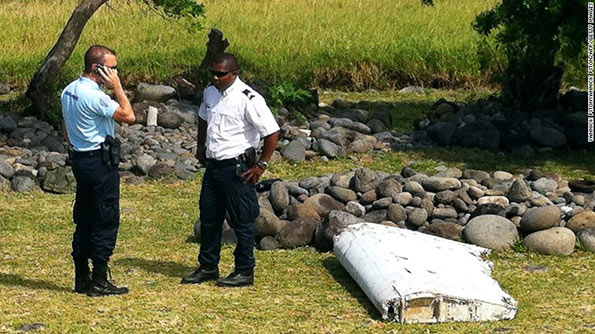 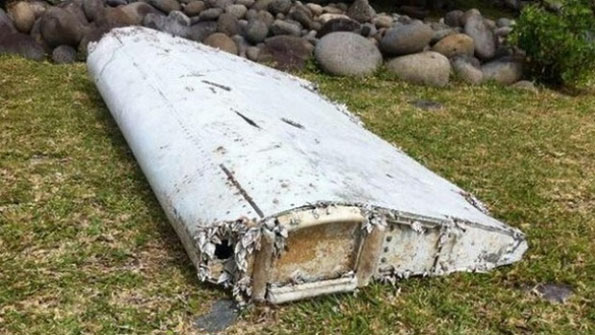 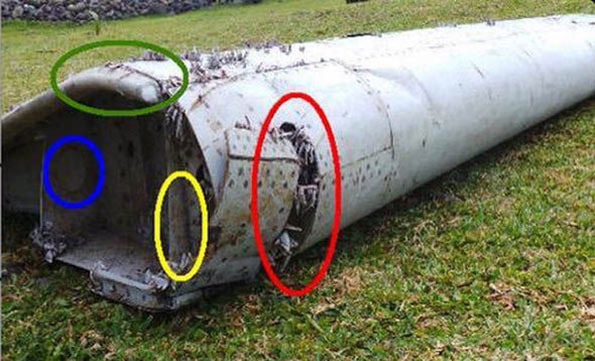