MR likely to be questioned over RADA allegations! 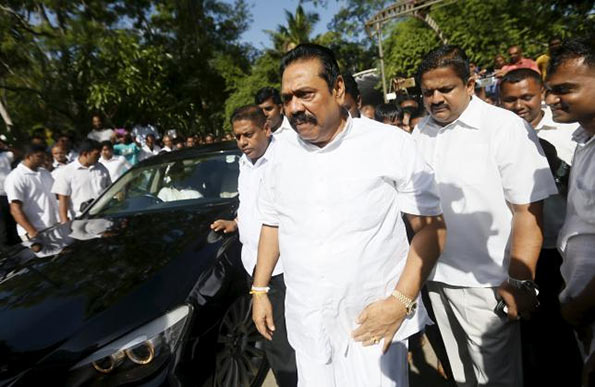 The agency, headed by former Parliamentarian Tiran Alles, came under the purview of former President Mahinda Rajapaksa. It was mainly set up to grant relief to Tsunami victims who lost houses and properties due to the natural disaster on December 26, 2004. The Special Investigations Unit (SIU) of Police arrested former Chief Operating Officer of RADA, Dr. Saliya Wickramasuriya over alleged fraud in use of tsunami rebuilding funds. Wickramasuriya was charged with defrauding Rs 169 million from funds through the RADA when Tiran Alles was its chairman.

The Colombo Fort Magistrate’s Court later released the former RADA official on a cash bail of Rs. 50,000 with two sureties of Rs. 1 million.

In addition to the former Chief Operating Officer, the SIU also arrested the former Finance and Administration Director of RADA in connection with the probe over allegations against RADA. While the investigations were underway, ex-Parliamentarian Tiran Alles filed a Fundamental Rights petition before the Supreme Court seeking to prevent his arrest.

Initial investigations revealed that the Agency received a staggering Rs.1,959 million from the Treasury under directives of the former President. The Agency, Police sources said, had spent Rs.2,431 million during the time it was operational.

“Construction projects had been handed over to companies, namely, GS Builders, B &K Holdings Private Limited and Everest Civil Engineering Services. There is a serious doubt over the ‘existence’ of these companies.

For instance, B & K Holdings and Everest Civil Engineering Pribate Limited had obtained Rs. 169 million to construct houses in the Trincomalee and Batticaloa district. But, none of the houses has been built in the two districts,” a Senior Officer who is involved in the investigations said.

“The former President,” he said, “will be questioned after the Parliamentary election. The investigation cannot proceed without questioning him.”

Home » MR likely to be questioned over RADA allegations!