IPL matches may be moved out of Chennai 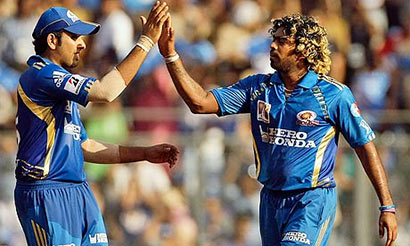 With uncertainty looming over the participation of the Sri Lankan players in Chennai, the IPL matches here might be shifted out of Tamil Nadu.

Yet, according to some sources, the possibility of the IPL matches going on here as scheduled, without the Sri Lankan players, cannot be ruled out either.

If the option — whether to play or not to play in Chennai — is put before the cricketers themselves, most of them are likely to opt out in any case.

Chennai Super Kings is scheduled to play its first match, against Mumbai Indians at Chepauk on April 6. CSK has a prominent Sri Lankan player in paceman Nuwan Kulasekara while Mumbai Indians has the mercurial and often game-changing Lasith Malinga in its ranks.

At least six teams are said to have requested the IPL governing council to have the matches moved out of Chennai since dropping key Sri Lankan players against a strong CSK side could adversely impact their chances. Apart from Kings XI Punjab, all teams have at least one Sri Lankan cricketer in their ranks.

The IPL general council will have to take a decision on the issue soon.

Home » IPL matches may be moved out of Chennai