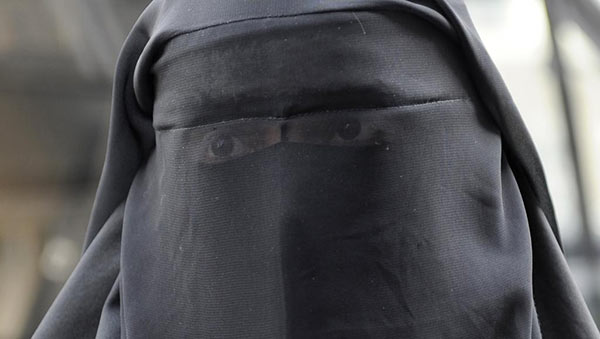 In a bizarre turn of events, Islamic State fighters are now banning women from wearing burkas in security centres in the northern Iraqi city of Monsul and have declared the full-face veils are now a security risk.

According to The Express, an insider told Al Alam News Network that terrorist chiefs had changed their mind following a string of attacks on ISIS commanders by women wearing burkas and niqabs in recent months.

It’s understood women will still be required to cover themselves completely when out in public.

Despite then ban in security centres, ISIS expects a dress code of gloves and gauze to cover womens’ eyes to be observed.

The change in policy comes in the wake of the liberation of the Syrian city of Manbij.

Women threw off their niqabs and burned them on the ground after Syria Democratic Forces took back control of the city after two years of oppression under Islamic State.
Last week, Nineveh Council announced Iraqi forces had fully liberated the north city of al-Qayyarah from IS control and raised the Iraqi flag over its buildings.

It’s a huge shift from years of oppression and destruction, where a random suicide bombing could kill hundreds without warning, and rapes and beatings were omnipresent.

A French court last month suspended a ban on the Islamic burkini swimsuit brought by local authorities in a French Riviera town after it was challenged by rights groups.

But the ruling, which only applied to the ban imposed by Villeneuve-Loubet, was quickly dismissed by several other towns, including Nice, which vowed to keep the restrictions in place and continue imposing fines on women who wear the full-body swimsuit.

In a judgment expected to set a precedent, the State Council ruled that local authorities could only restrict individual liberties if there was a “proven risk” to public order.