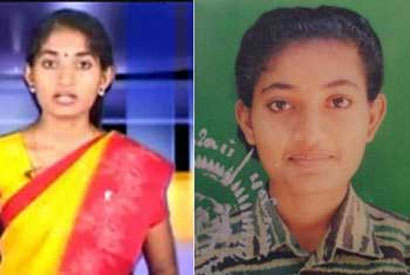 The Defence Ministry today stated that Issipriya woman alleged to have been a journalist and a news presenter by the Channel 4 documentary was indeed an LTTE cadre. The Ministry also released a photograph of the identity card issued by the LTTE to Issipriya, in which she was clad in combat attire, confirming her military involvements with the LTTE.

Issipriya was born in 1982 in Jaffna and was subsequently recruited by the LTTE and underwent military training in the Wanni. She then served in the LTTE Military Wing and subsequently joined the “Voice of Tigers”, the official radio station of the LTTE.

A report submitted to UNESCO by GoSL following the bombing of VOT by SLAF in 2007 made it clear that VOT was the official propaganda radio station of the LTTE. The LTTE cadres who died in the attack were identified as cadres who had also been actively engaged in military operations against the Security Forces.

Issipriya was given the rank of ‘Lt Col’ due to her contribution to the LTTE. She married a Sea Tiger cadre Sri Ram who also died in the final battle in May 2009. Sri Ram was the former LTTE Senior Sea Tiger leader in Trincomalee and took part in most of the operations launched by the LTTE against the Sri Lanka Navy and Merchant Vessels.

The identity card issued by the LTTE to Issipriya, pictured below, in which she was clad in combat attire, further confirms her military involvements with the LTTE, the Defence Ministry said.