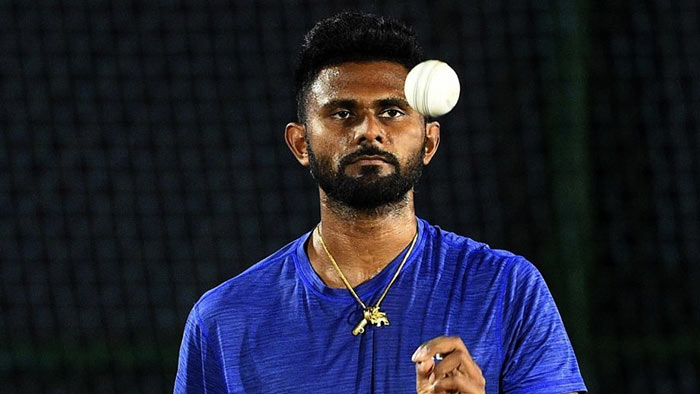 Allrounder Isuru Udana has announced his retirement from international cricket, conveying his decision to Sri Lanka Cricket through a letter on Friday.

Udana, 33, will continue to play domestic cricket, and will be available for franchise tournaments, starting with the CPL, starting in late August. A desire to spend more time with family is understood to be a factor in his decision.

“Cricket was, is and always will be my greatest love and I have always given my 100% both on and off the field, respecting and upholding the spirit of cricket and national pride always,” he said in a statement. “However, I believe the time has come, for me to retire from international cricket in order to make way for the next generation of players.”

The news came as something of a surprise, as Udana had not only been largely free of injury over the past three years, but also had a place in both Sri Lanka’s limited-overs squads. He played one ODI and two T20Is in the just-concluded series against India, and had also played in all three T20Is against England in June.

Having debuted during Sri Lanka’s run to the final in the 2009 T20 World Cup, it was only since 2017 that Udana had a regular place in Sri Lanka’s white-ball squads.

His bowling – which typically features a lot of slower balls – was especially valued in T20s, though he was also an excellent fielder, and was capable of clean striking from the lower order. He hit one half-century in each of the white-ball formats for Sri Lanka, including a stunning 84 not out off 48 balls in a T20I against South Africa in 2019.

Udana has now become the second Sri Lanka allrounder to retire from international cricket in the past three months – in May, Thisara Perera had stepped away from the game, partly due to lack of opportunities with the national side.