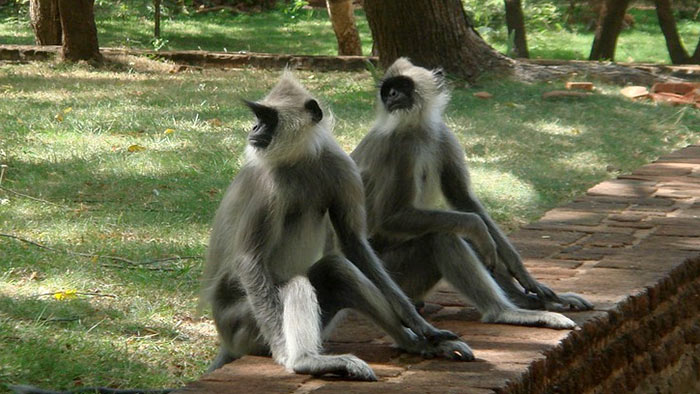 The motion by MP Dissanayake is included in the latest addendum to the Order Book of Parliament.

The MP proposes sterilising the stray monkeys to lessen damages caused by them to crops.

The MP also proposes that the stray monkeys could be captured and later be released to islands in the middle of tanks and reservoirs to prevent them from causing crop damage.

Full text of MP Dissanayake’s motion: “That this Parliament resolves that a proper programme be formed and implemented by the government swiftly to release monkeys to islands in the middle of the reservoirs like Moragahakanda and to islands in the coastal line, to name such locations as Money parks, to sterilise and release the monkeys who are caught, to formulate a programme through the Environmental Organisations to provide the vegetables and fruits removed from the economic centres such as Dambulla and Manning markets to the aforesaid Monkey Parks, and to formulate an appropriate programme to enable these locations to be visited by visitors and to utilise the funds raised thus for the maintenance purposes of the parks, as a solution to the national requirement of preventing the harmful impacts caused by stray monkeys such as destroying the vegetable, fruit and coconut cultivations, destroying houses and property, destroying the nests and burrows of animals including squirrels and parrots and eating eggs, eating the tender leaves of cultivations like breadfruit leading to a decline in the harvest.”