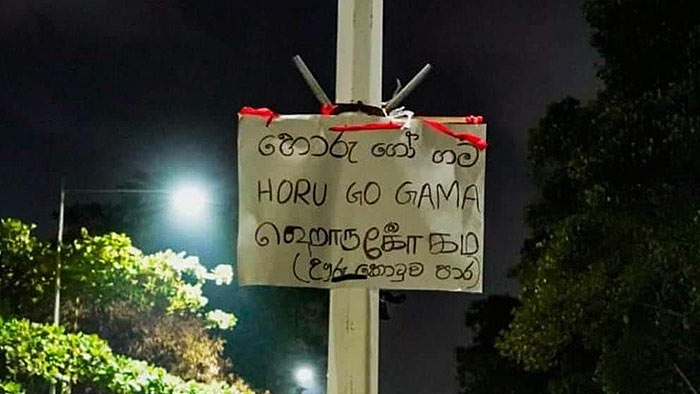 This protest camp is the latest site set up against President Gotabaya Rajapaksa, Prime Minister Mahinda Rajapaksa, and their government.

The university students emphasise that they will remain at the location until Members of Parliament arrive for today’s (May 06) Parliament session.

Members of the Inter University Students Federation who were dispersed with Police firing tear gas and water cannons yesterday recuperated and returned to the Polduwa Junction.