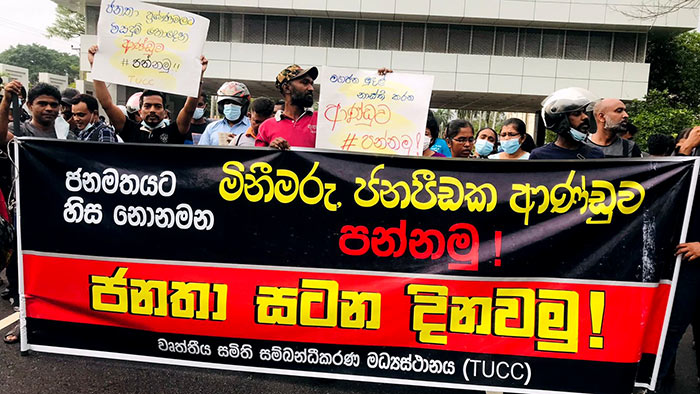 An island-wide hartal is being held today (May 06) in Sri Lanka demanding the immediate resignation of the President Gotabaya Rajapaksa and Government.

The hartal is being held with the participation of more than a thousand trade unions in the state, semi-state and private sector.

This has affected the activities of many sectors including education, transport, estates, public sector as well as health.

Co-convener of the Trade Union Coordinating Centre Wasantha Samarasinghe said that all Sri Lankans were requested to join the hartal.

The hartal has severely affected the transport sector.

Private bus owners and railway workers went on strike in support of the hartal from midnight yesterday (May 05).

Co-convener of the All Ceylon Railway Union, S.P. Vithanage stated that many railway employees have left their workplaces.

Meanwhile, a number of health trade unions have also expressed support for the hartal today.

General-Secretary of the All Ceylon Medical Officers Association Dr. Jayantha Bandara stated that all the members of his association will step away from their duties and support the Hartal.

Many nurses are also on strike today.

Meanwhile, a number of paramedical and paramedical professionals have joined the hartal today.

Public health inspectors are among them.

The Government Medical Officers’ Association (GMOA) has stated that it will support the hartal by organising protests in front of hospitals this afternoon.

Due to the Hartal, school activities are not functioning properly today.

President of the All Ceylon School Child Transport Association L. Malshree de Silva said it has decided to step away from transporting children to schools today.

Meanwhile, banking activities have been disrupted due to the hartal.

The unions say that in parallel to the hartal, protests have been organised in several areas, including Colombo, demanding the immediate resignation of the government.

Meanwhile, the Commissioner General of the Department for registration of persons, Viani Gunathilake said that all public services, including the one day service, are not operational today.

The Commissioner General stated that the action was taken as the internal staff at the department had decided to support the nationwide Harthal Campaign.

Meanwhile, the Department of Immigration and Emigration said that all public services, including the one-day passport issuance service, are not operational today.

The Sri Lanka Immigration and Emigration Officers’ Association has decided to step away from its duties in the VIP & CIP lounges at all airports including the Katunayake International Airport.

In a statement, the association said it will step away from those duties with effect from the 6th of May 2022, until the rulers of the country put forward solutions to the issues that have arisen in the country.

The Sri Lanka Immigration and Emigration Officers’ Association said that those who call themselves VIPs and depend on the taxpayers are directly responsible for the crisis situation where the people have been left helpless to make ends meet, and they have failed in their duty to solve the crises while continuing to enjoy the perks of being VIP.

The association said that such a situation is not acceptable. 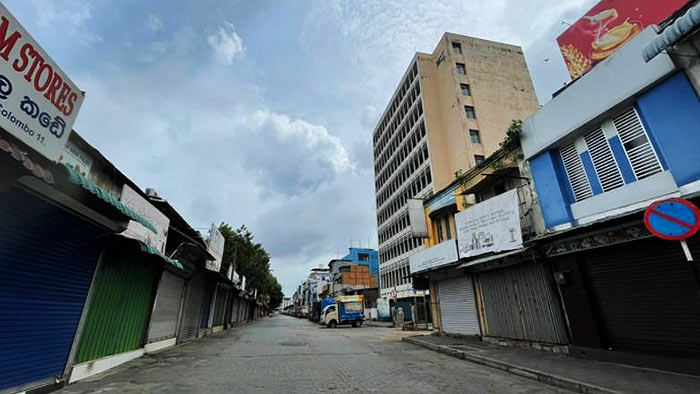 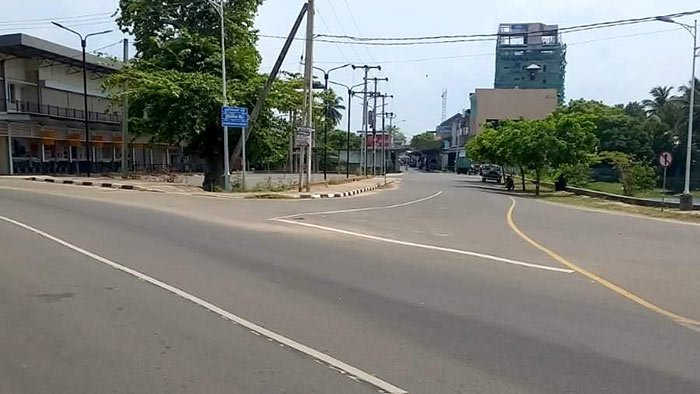 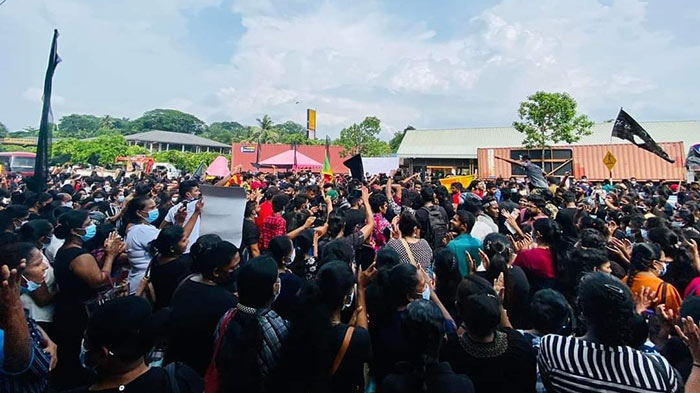