Jackson Anthony and two others hospitalised after vehicle hits elephant 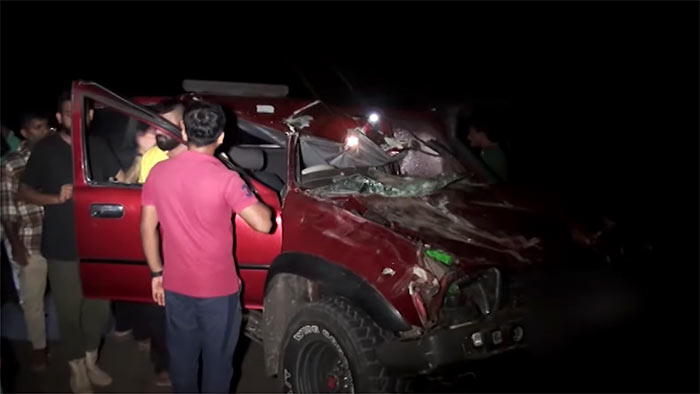 Sri Lankan actor Jackson Anthony and two other persons were injured after the cab they were travelling collided with a wild elephant at Thalawa in Anuradhapura yesterday (July 02).

The wild elephant had fallen on the vehicle with the impact of the accident causing severe damage to the vehicle.

Police said the injured were admitted to the Thalawa Hospital.