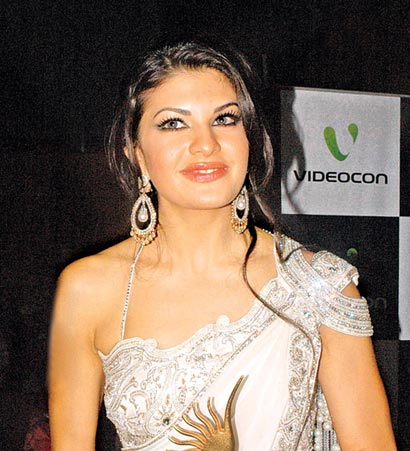 Rajkumar Hirani’s comedy film 3 idiots swept the board by clinching 16 awards including the awards for Best Film, Best Director, Best Actor, Best Supporting Actor, Best Performance in a Negative Role and others.

Upon release, the movie broke all opening box office records in India. It also holds the record for being the highest grossing movie of all time in India. The movie which is based on three students at a renowned engineering college had been nominated in 12 of the 13 main categories at the awards ceremony.

Bollywood icon Amitabh Bachchan won the Best Actor award for his performance as a progeria-afflicted child in Paa while the Best Actress award was jointly shared by Kareena Kapoor and Vidya Balan for their roles in 3 Idiots and Paa.

Best Performance in a Comic Role : Sanjay Dutt (All the Best)

One of the highlights of the event was unveiling the world’s biggest cinematic themed theatrical musical extravaganza, Kingdom of Dream’s Zangoora, the gypsy prince. Veteran filmmaker J Om Prakash, maternal grandfather of Hrithik Roshan, and yesteryear actress Zeenat Aman were felicitated with the Lifetime Achievement award while Anil Kapoor walked away with the Outstanding International Commitment award for putting Indian cinema in the global map through international projects like Slumdog Millionaire and 24.

Special awards were also handed out to Vivek Oberoi and Salman Khan for their roles towards global warming and habitat for humanity which will fund the construction of 100 houses in the North and rehabilitate child soldiers.

Speaking at the event Abeywardena said that IIFA is the emblem of solidarity and unity between India and Sri Lanka.

“IIFA is a window of a great opportunity for all. Sri Lanka has a strong Indian influence. Their language, culture, literature and political leaders such as Javahallal Nehru and Mahatma Gandhi have had an impact on us. With three decades of terrorism the country is looking towards the dawn of a peaceful era. We had only two months to prepare for the IIFA Weekends and awards. It would not have been possible to stage the mega event if not for the commitment of President Mahinda Rajapaksa and Economic Development Minister Basil Rajapaksa,” he said.

The IIFA team also announced that IIFA 2011 will be held in Toronto, Canada.