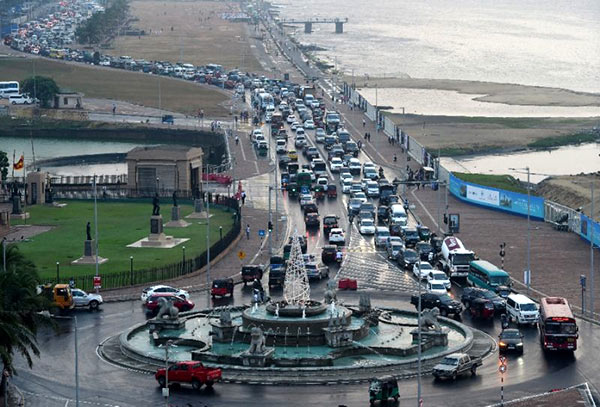 Colombo traffic slows to an average speed of less than seven kilometres (four miles) an hour during peak times, making it one of the slowest in South Asia.

The Japan International Cooperation Agency (JICA) said it signed an agreement with Sri Lanka to provide a loan of 30.04 billion yen ($270 million).

Under the deal, Japanese technology including rolling stock and electromechanical equipment will be utilised in the project, it added.

The Light Rail Transit (LRT) system with 16 stations over 15.7 kilometres (9.8 miles) will operate on an elevated track in and around Colombo.

“It will fundamentally change the face of public transport in this country, ease traffic congestion and improve the environment of Colombo city,” the statement said.

The Japanese loan carries an interest rate of 0.1 percent and is repayable over 40 years with a 12-year grace period, JICA said.

Japan has already funded sections of new expressways and a key bridge to reduce traffic congestion in and out of the capital.

Sri Lanka has seen a massive rollout of ports, highways and railroads in recent years but several ambitious infrastructure projects ended up as white elephants and left the country facing a mountain of debt — mainly to China.

Unable to service its loans, the government of Prime Minister Ranil Wickremesinghe leased a Chinese-built port at Hambantota to a Beijing company for $1.12 billion in 2017.