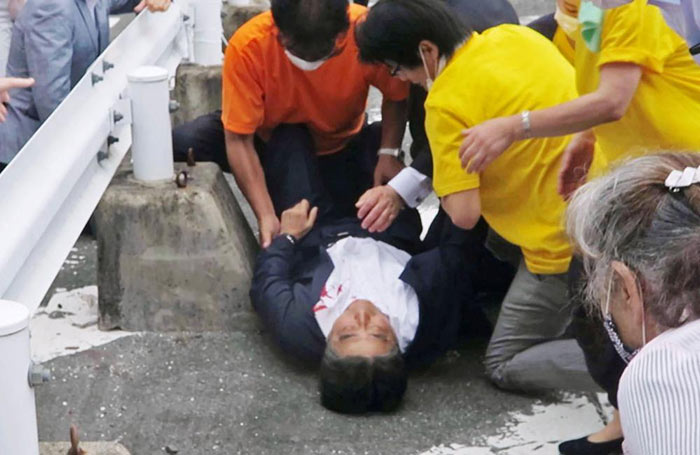 Japan’s former Prime Minister Shinzo Abe has died in hospital after he was shot at a political campaign event, say local media.

Mr. Abe aged 67 years was shot at twice while he was giving a speech in the southern city of Nara on Friday morning (July 08).

He immediately collapsed and was rushed to the nearest hospital. Pictures taken at the scene showed him bleeding.

Security officials at the scene tackled the gunman, and the 41-year-old suspect is now in police custody.