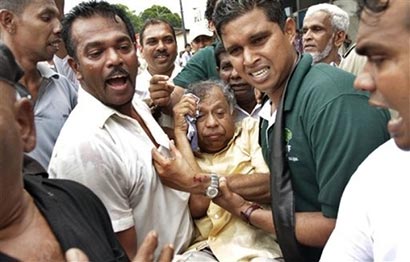 UNP Gampaha District MP Dr. Jayalath Jayawardena has been admitted to the Colombo National Hospital after suffering injuries during the UNP protest in Fort, which was dispersed by police using tear gas.

The parliamentarian was reportedly wounded after a canister of tear gas had struck his head during the commotion.