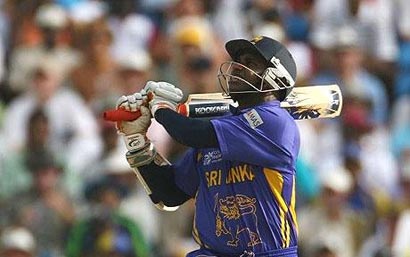 Jayasuriya, a veteran of 110 Tests and 444 ODIs, has been witnessing a slump in his performance for quite some time and has an average of less than three runs in the last six Twenty20 matches he played for his country. If that was not enough, in his last six ODIs Jayasuriya’s highest score was 31.

“We had discussions over the last few weeks with senior players, Sri Lanka Cricket, selectors and team management to try and put a value on the national contracts. In that regard we decided we would try and reduce the number of national contracted players to 20 from 30. We felt that having that number of players would give us the cream to be signed up on contract for the national squad,” Sri Lanka’s chairman of selectors Aravinda de Silva said.

“The contracts were worked out on the previous year’s performances and in Sanath’s (Jayasuriya) case, since he has not performed up to expectations, we decided to leave him out. We also allowed him to go to England and play some county cricket to see how he performs. As I’ve said before, we haven’t let either Chaminda Vaas or (Muttiah) Muralitharan out of our minds for the World Cup,” de Silva added.

However, the 41-year-old prolific left-hander had recently stated that he would like to play next year’s World Cup in the sub-continent before finally calling it quits. Murali retained

The selectors, meanwhile, retained Muralitharan in the contract even though the champion spinner had already announced that he would retire from Tests after the one against India starting on Sunday at Galle.

“Murali mentioned to us that we could leave him out of the contract and consider him only for the one-dayers if we require him, which I have basically from our side told him that we definitely require him for the World Cup,” de Silva said.— PTI