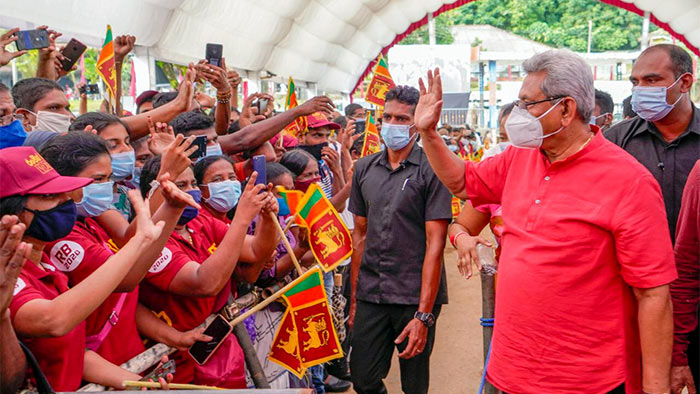 President Gotabaya Rajapaksa has said graduates will be given job appointments the next day after the August 5 parliamentary election.

He made these remarks while responding to a graduate in Ratnapura on Sunday.

The President who met with the public at Ambilipitiya, highlighted that graduates are the cream of any nation, and are the most important part of any sector.

“But there is no use if graduates fail to work towards developing the country’s economy,” he said.

President Rajapaksa who attended a rally at the Godakawela Pradeshiya Sabha Stadium said pepper is to be promoted as an export crop to generate more revenue.

He also looked into the requests made by the locals, about the construction of a crematorium and the issue about traditional lands adjacent to the Sabaragamuwa Saman Devalaya.