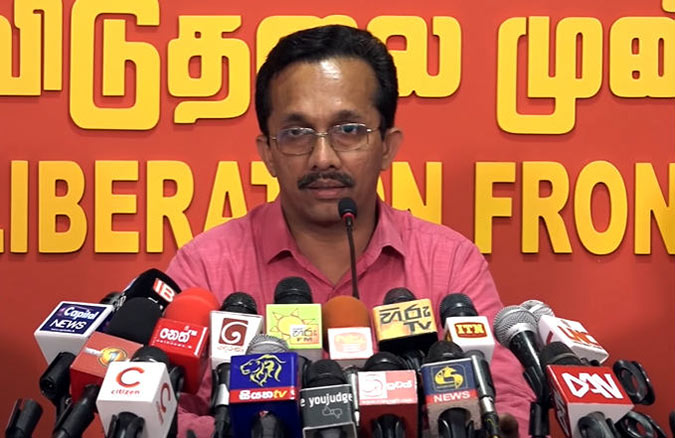 The JVP says there is no actual rice shortage in the country but only an artificial scarcity created by two leading businessmen capable of market manipulations.

JVP MP Sunil Handunnetti said that the two leading businessmen controlled granaries in the country and they could create shortages to jack up the prices of rice. “They actually have a monopoly over rice supply. The two businessmen are connected to powerful politicians who protect their interests. “Their rice stores are larger than the tanks in Trincomalee oil farm. There is a rice mafia. We expect President Gotabaya Rajapaksa to investigate this situation and find solutions to the problem. It is his duty.”

“It is no big deal to find the two biggest rice businessmen in the country. One needs only to go to the market and inquire from traders. And there is no complex procedure to take legal action against them because there are only two.

“We don’t think that imposing fines on retail sellers who try to sell rice above the stipulated prices will yield the expected results. That measure is only eyewash. If the President is actually keen to help the consumer, then he has to take on the Rice Mafia.

Meanwhile, Director (Raids) of Consumer Affairs Authority (CAA) Asela Bandara said up to Monday about 350 errant traders who sold rice above stipulated prices had been nabbed.

The maximum retail price for white and red Samba and nadu has been fixed at Rs. 98 a kilo.

The government issued a gazette notification on December 19 setting the maximum price for a kilo of rice at Rs. 98.

The Presidential Secretariat, too, has deployed officials to nab errant traders and they have nabbed 512 errant dealers.

Kurunegala Senior Divisional Secretary W. E. Jayatilake said yesterday that about 42 errant traders had been nabbed from there and Puttalam during the past two days.

(Source: The Island – By Lasitha Duminda)