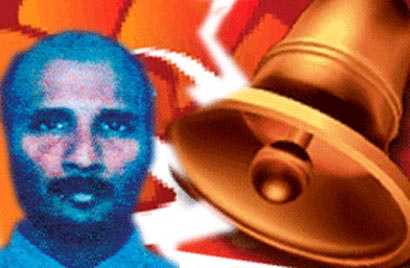 It has been reported that the wife and two children of Premakumara Gunarathnam also known as ‘Kumara Mahattaya’, who is said to be the leader of the JVP rebel group, have been detained for questioning by security personnel at the Bandaranayake International Airport.

Champa Somaratna and her two children, who are residing in Australia, were detained while waiting to board a flight today morning after visiting Sri Lanka for New Year vacation.

It was earlier reported that a 47-year-old female with two children was detained for questioning at the Katunayake Airport due to ‘suspicious behavior’.

They were scheduled to board a Bangkok-bound flight at 1.00am today (Jan. 02) and are being interrogated under the Immigration and Emigration Act.