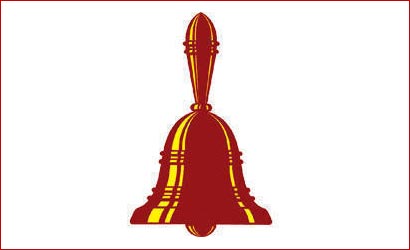 The JVP dissident group yesterday came out in the open for the first time and vowed to carry out its struggle for a national convention of the party so that the membership could get an opportunity to change its present policies and ideology.

In an interview with the Daily Mirror, dissident group spokesman Pubudu Jagoda said his group had chosen a  difficult path ahead, but there was no option rather than getting on to it in the greater interest of the party membership.

He scotched speculations that his members were trying to opt for an armed struggle.

“Any right thinking person cannot expect an armed struggle at this hour. I am not interested in an armed struggle at all.   The ground realities are not for that, not only in Sri Lankan but also in the world.  In the past, there could have been space for such a struggle.  However, with the collapse of the Soviet Union in 1991 and the emergence of the United States as the world power, no one can achieve anything through an armed struggle. It is especially relevant to Sri Lanka.  People have begun to breathe a sigh of relief after the end of the war,” he said.

Mr. Jagoda said that he still believed in measures to correct the party and to take on the challenges lying ahead instead of defecting from it.

Asked what they would do it if their present struggle ended in failure, he said it was too early to comment on it.  He said there had been conflicts of opinions in the party for the past few years on its decisions taken in view of issues concerning national political interests.

Forging an alliance with the SLFP and supporting former Army Commander Sarath Fonseka at the last presidential election were cited by him as two of them that compromised the political ideology, principles and  culture of the party.

Also, he said the party could not take a proper approach to the national question, especially during the war time, and therefore, some elements were able to cite the JVP as a racist party.

“Ours is not a party based on the nationalism of a certain ethnic group. We are against separatism.  We worked against separatism during the war time. Yet, we could explain our stance on the national question to the people. We are for a solution based on equality and democracy. Since we failed in this case, some branded us extremist nationalists. Our actions normally show our policies to outsiders. If anyone misunderstands us, then we will have to admit our fault,” he said.

He said though the national convention was normally held every five years, the party can summon a special convention at any time under crucial circumstances such as the present one.

“We are now in the process of education grassroots level members on such a need at this hour. That is the only forum to answer all these problems confronting the party today. We have no issues with individual leaders or members of the party. We want to change its present policies and organizational structure,” he said.