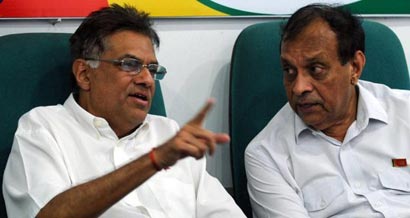 Despite claims made by certain UNP MP’s that the party’s Deputy Leader Karu Jayasuriya did not officially notify the party leadership of his intention to contest for the leadership post, a Spokesman for Jayasuriya said yesterday that he had given formal notice in a letter last week.

The Spokesman said that Jayasuriya sent out a letter to party leader Ranil Wickremesinghe and party General Secretary Tissa Attanayake informing them expressing his interest in contesting for the UNP leadership on December 7, on the day of the last UNP working committee meeting.

He said on December 18, the day of the next working committee meeting, the committee will make a decision on the date for the voting of the new party leadership.

After the committee meeting when addressing the media Attanayake said that Jayasuriya had only informed him and not the party leader of his intentions which was a letter with a copy of a newspaper article which mentioned his intentions to contest for the UNP leadership.