Keith Noyahr saved because of my intervention: Karu 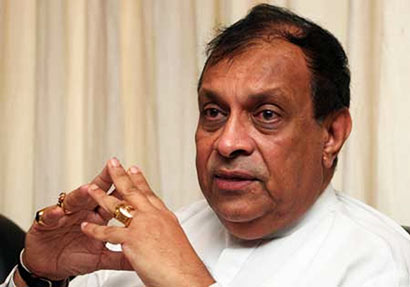 Speaker Karu Jayasuriya said yesterday that senior journalist Keith Noyahr’s life was saved because of his intervention when Keith was abducted and he is prepared any moment to give a statement on this incident.

The speaker said that the CID has informed him that they need to record a statement from him over the alleged abduction of journalist Keith Noyahr.

He said that a date would be given to the CID today (16) for this purpose.

Karu Jayasuriya had been the Minister of Public Administration at the time of the incident and he had been the first person to have informed the then President Mahinda Rajapaksa about the abduction of Keith Noyahr.

The CID had informed Karu Jayasuriya that they need to obtain a statement on how he had come to know of this abduction and several other matters connected with it.

At present eight army personnel including a Major of the Army Intelligence unit are in remand over the abduction of Keith Noyahr.

Home » Keith Noyahr saved because of my intervention: Karu