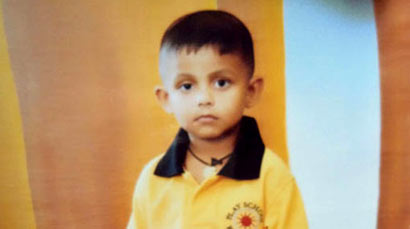 Four-year-old Danidu Yashen, who was abducted earlier this week, has been rescued by the Criminal Investigations Department (CID) in Galgamuwa, police spokesman SSP Ajith Rohana said.

Danidu Yashen Lanakanath Kumara was abducted on Monday (28) night by a group of persons, who also assaulted his father after breaking into their residence in Meegalewa.

Mahinda Kumara, a rice miller, father of the abducted child, in his statement to the police stated that his son was abducted by four persons who approached his house in two motorbikes, with their faces covered with full-face helmets and masks.

The motive for the kidnapping had remained a mystery as the abductors had not demanded a ransom for the release of the child.