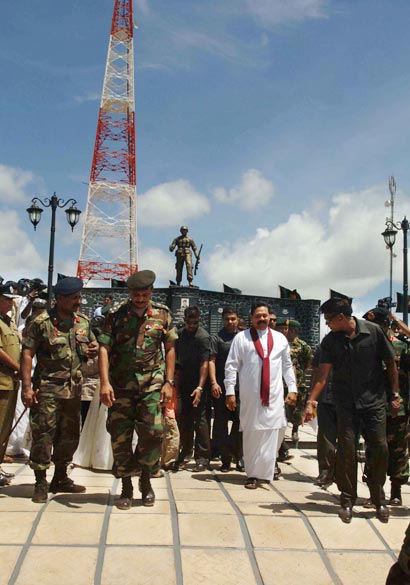 Kokavila (Kokavil) multi-purpose transmission tower commissioned for the nation by President Mahinda Rajapaksa today on 06 June 2011. Kokavila Rupavahini transmission tower which was first constructed in 1982 to facilitate the people in the North to view television broadcast clearly, destroyed by Tamil Tiger terrorists on 11 July 1990. Once again the tower proudly stands from today as it is considered as the tallest ever transmission tower in the entire South East Asia region.

The Telecommunication Regulatory Commission of Sri Lanka (TRC) has spent Rs.450 million to reconstruct the 174 meter high multi-purpose transmission tower which provides the Northern people better access to radio, TV, mobile telephone based communication and Internet facilities after 30 years. Foundation stone to reconstruct the tower was laid in March 2009. The project was jointly launched by the TRC and the Ministry of Mass Media and Information under the instructions of President Mahinda Rajapaksa and full supervision of Economic Development Minister Basil Rajapaksa.

The funds for the project were collectively provided by the Telecommunication Regulatory Authority, Sri Lanka Rupavahini Corporation, the Sri Lanka Broadcasting Corporation and the Independent Television Network (ITN). The Sri Lankan Army gave tremendous support to make the project a success.

Secretary of the Mass Media and Information Ministry W. B Ganegala who constantly supervised the project said the communication between north and south will be restarted with the reconstruction of the tower.
The Kokavila Communication Tower holds an important landmark in the history of war against the brutal terrorism. It was under Kokavila Army camp control and the camp was under constant terrorist attacks. After overrunning Elephant Pass and Kilinochchi, Army camp at Kokavila was isolated.

Captain Saliya Aladeniya of the Singha Regiment was the commanding officer at the Army camp with 69 soldiers and other ranking officers. When the camp was surrounded by advancing Tamil Tiger terrorists and came under a barrage of attack, Captain Aladeniya and his men had to defend it for three days.
There were heavy casualties on the Army as the LTTE was much superior in number of cadres. Repeated messages for re-enforcement, medicine, food and water were not successful as the terrain was precarious. Due to treacherous weather conditions air support also was not possible. On 11 July terrorists destroyed the tower. The TV and radio transmissions were interrupted for the entire Northern region once the tower was destroyed.

President Rajapaksa also unveiled a special war memorial to pay tribute for the fallen heroes at Kokavila. The president also placed a floral tribute to commemorate captain Saliya Aladeniya and other war heroes who sacrificed their lives to safeguard the tower. 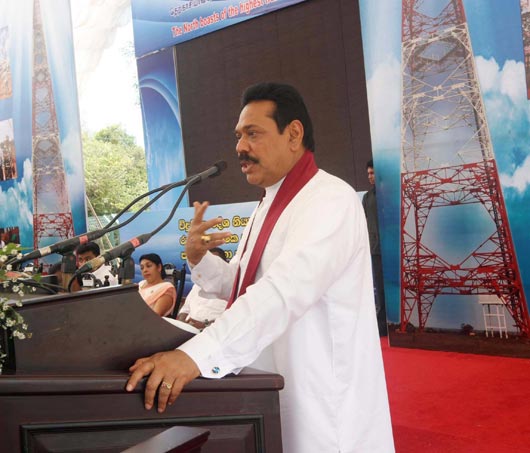