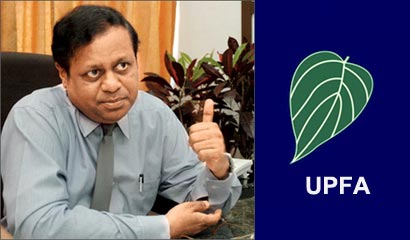 The Chairman of the Kolonnawa Urban Council Raveendra Udaya Shantha and  Vice Chairman  Suresh Kodagoda were called over to the SLFP  headquarters and severely warned  said the General Secretary of the United National Freedom Alliance Minister Susil Premajayantha.

These chiefs of the UC were also informed about the stern action that would be taken in future if any dispute is reported again and such disputes will be reported to the party office, Minister Premajayantha stated.

The protest staged in front of the Urban Council recently had been prompted due to the conflict between the Chairman and the Vice Chairman of the UC.