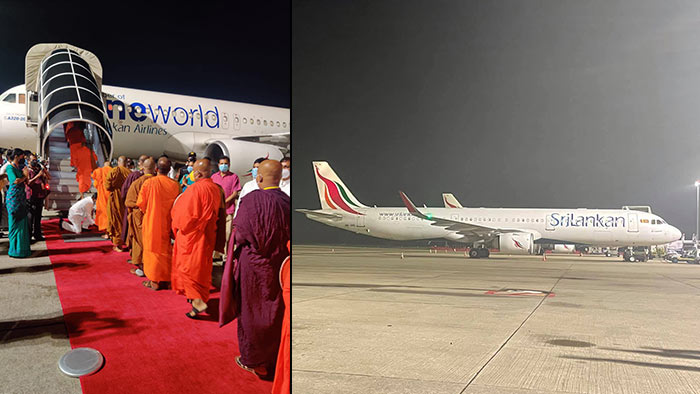 Indian Prime Minister Narendra Modi inaugurated the Kushinagar International Airport in Uttar Pradesh (UP) with an international flight from Sri Lanka, becoming the first to touch down at the new airport.

The flight departed the Bandaranaike International Airport in Katunayake at around 5.20 a.m. yesterday.

“Sri Lankan flight to Kushinagar is a tribute to Lord Buddha. This area is the centre of the Buddha’s life. Kushinagar International Airport is the result of decades of aspiration and effort. My happiness is two-fold today. This is the moment of fulfilling a commitment towards the people. All sections of society will benefit from the airport, and the vaccination drive in India will assure tourists. Pilgrims will also be benefited from air connectivity,” said PM Modi after inaugurating the Kushinagar airport, the third international airport in UP.

The airport – built at an estimated cost of INR 260 crore – will benefit domestic as well as international pilgrims by providing seamless connectivity to the Mahaparinirvana site of Lord Buddha. In addition, the airport will serve nearby districts of Uttar Pradesh and Bihar and is an important step in boosting investment and employment opportunities in the region.

Kushinagar is regarded as a focal point of India’s Buddhist Circuit, and the new international airport is expected to improve people-to-people connections between India and Sri Lanka significantly.

Kushinagar is one of the major pilgrimage centres for Buddhism followers from all over the world. The Buddha is said to have given his last sermon, and it is the final resting place of Gautama Buddha where he attained Mahaparinirvana.

India’s Civil and Aviation Minister Jyotiradhitya Scindia, speaking at the inauguration ceremony, said that the Kushinagar International Airport will boost travel to Buddha’s Mahaparinirvana site, and regular flights will start operating from November 26.