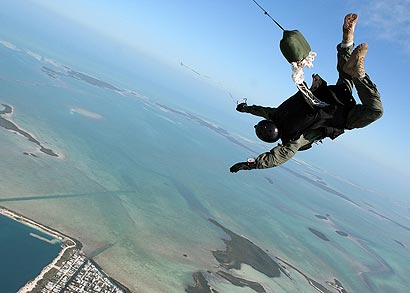 A Lance Corporal of the Army on parachute training died today when he fell into the Weerawila Tank during a training jump.

“The parachute opened but the corporal got entangled in it resulting in him falling into the tank,” said Army spokesman Major General Ubhaya Medawala.

The Lance Corporal was a resident of the Anuradhapura area.