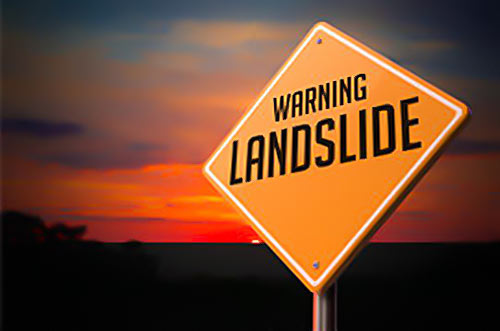 The landslide warnings issued in the Colombo, Kalutara, Ratnapura, Galle, Matara and Kegalle Districts owing to the inclement weather has once again been extended till 7pm today.

The Department of Meteorology predicts showers in the Western, Sabaragamuwa, Central and North-Western provinces and in the Galle and Matara districts, with several spells of showers in the Northern and North-Central provinces.

The Department predicts showers in the Eastern and Uva provinces during the evening or night, with fairly heavy falls of about 75mm in the Sabaragamuwa province and in the Galle, Matara, Nuwara-Eliya and Kalutara districts.

The Met. Department also predicts wind speed can increase up to 40-50kmph over the island, with wind speed gusting up to 50-60kmph, particularly in the Northern, North-Central and North-Western provinces.